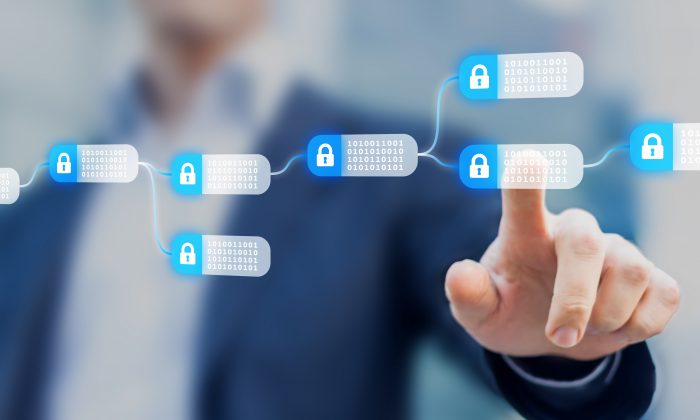 A graphic rendering of a blockchain. Argentina's government is launching a blockchain for public services. (NicoElNino/Shutterstock)
Markets

Latin American governments have, by and large, engaged in a battle against cryptocurrencies since their birth. Argentina has been a relative exception, being a hub for bitcoin and altcoin development, as locals have seen the potential of cryptocurrencies to overcome exchange controls and high, unstable inflation.

Now, Argentina will have its own distributed ledger, also known as a blockchain, created in conjunction with various government agencies. A blockchain combines private-key cryptography, common protocols, and peer-to-peer networks that are extremely resistant to data modification.

The blockchain, first announced on June 29 by the Argentine Internet Chamber of Commerce (Cabase), is called the Federal Blockchain of Argentina (BFA). It is now in the design and infrastructure-development stage.

The developers of the blockchain-based platform aim to improve public processes and standardize private applications of the technology, and they have it scheduled to be up and running this year. There will be 15 stages of implementation, and these will not rely on a specific cryptocurrency for operation.

The BFA is a collaborative project among the public, for-profit, and nonprofit sectors. Specifically, the notable initiators are Cabase, the Network Information Center of Argentina (a web-domain provider), and the Universities Association for Interconnection Networks (ARIU).

These organizations have already been working together for years to explore digital-governance opportunities, along with promoting internet access and development in Argentina and Latin America. Their latest collaboration, the BFA, will work as an open and free platform to support initiatives and contributions from all sectors of society.

The first stage of the project, currently underway, contemplates infrastructure development to operate 15 distributed servers and a framework design to run user applications. They expect to have public and private applications for contracts, transactions, and other compatible operations running on the BFA.

In a statement released by Cabase, the chamber explains that those organizations and agencies willing to use the blockchain will improve their procedures—on account of transparency and crowdsourcing—and will increase productivity and security. “This can be achieved,” the statement says, “because of the fundamental characteristics of a blockchain, as well as its interoperability and collaborative attributes.”

The BFA will be an immutable and accessible tool—one that cannot be erased or changed—to develop applications. The alliance also seeks to empower citizens by providing them with a reliable, trusted, and verifiable digital ledger, without the need for intermediaries. Therefore, the hope for the BFA is that it will be a means for citizens to generate accountable government and to facilitate the implementation of digital-economy alternatives.

Blockchain technology, along with derivative cryptocurrencies, has already impacted the financial industry significantly. Investment professionals, when polled, assure that its potential will translate into an overhaul of transaction procedures. Further, policy research has supported the potential for blockchain technology to improve public services and reduce the scope of governments.

McKinsey & Co., for example, explains that a key function of governments is storage of trusted information for individuals, organizations, and other entities operating within their territories. Therefore, blockchains can simplify information management by streamlining access to and use of “critical public-sector data while maintaining the security of this information.”

Argentina appears to be fertile ground for private initiatives, and it has approximately 30 registered blockchain-based startups. They include Ripio, a bitcoin wallet for service payments and trading Argentine pesos; Wayniloans, a platform for peer-to-peer loans in bitcoin; and Signatura, a blockchain-based signature and certifications provider.

Several businesses in Argentina also accept cryptocurrencies, particularly bitcoin, as a means of payment. Belén Marty, a journalist at Infobae’s crypto news website Cripto 247, asserted in an interview with the Gold Newsletter Podcast that, rather than the U.S. dollar, bitcoin could become the monetary solution for Argentina’s currency woes.

Argentine technology entrepreneur Federico Ast even signals that Argentina is becoming the “Silicon Valley” for blockchain, “a global reference on blockchain. … Maybe because, given a context of monetary and governmental crises, [Argentines] understood this technology’s potential before other nations.” The current annual inflation rate in Argentina, as estimated by the Troubled Currencies Project, is 32 percent.

“The world’s elite projects are born in Argentina,” said Ast. Some of these successful organizations are Zeppelin, an internationally prominent code auditor; Decentraland, a decentralized virtual-reality space; RSK, a potential competitor of ethereum; and Kleros, an arbitration firm recently recognized as one of the top five blockchain startups in France.

Ast believes that the missing ingredients for blockchain entrepreneurship to flourish in the country are a friendly regulatory framework and a low-burden taxation system. “The seed is growing, but it is weak.” He believes that “an intelligent policy towards cryptocurrencies could consolidate Argentina as the global north pole for the development of this industry.”