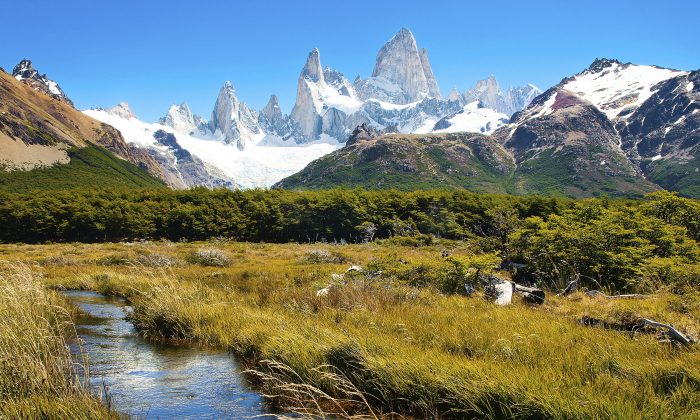 A view in Patagonia, Argentina in a file photo. (bluejayphoto, iStock)
archaeology

Scientists found fossils believed to date back 140 to 160 million years after erosion left some uncovered in southern Argentina.

The site spans 23,000 square miles in Patagonia, and was announced to the world through the publication of a report in the journal Ameghiniana.

“No other place in the world contains the same amount and diversity of Jurassic fossils,” said geologist Juan Garcia Massini of the Regional Center for Scientific Research and Technology Transfer (CRILAR), in an interview with AFP.

Some of the ancient fossils were left uncovered by erosion, and paleontologists found more while working in the area.

“You can see the landscape as it appeared in the Jurassic—how thermal waters, lakes and streams as well as plants and other parts of the ecosystem were distributed,” said Garcia Massini, who led the team at the site, which lies along the Deseado Massif mountain range.

“You can see how fungi, cyanobacteria and worms moved when they were alive.”

The site was first discovered four years ago.