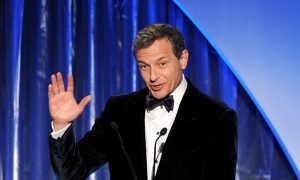 China Uncensored: Are You Gangster Enough to Do Business in China?

It’s the rare person who is gangster enough, hardcore enough, to go toe to toe with Chinese businessmen. Mainly because those guys act like gangsters themselves. Take for example Chinese billionaire businessman Liu Han, who has just been charged with crimes for allegedly running a mafia-style gang. He made his fortune through murder, fraud, extortion, gunrunning, and illegal detention. Doesn’t he know that’s the business of the Chinese government? For 20 years, Liu Han and his brother wove a network of terror throughout China’s Sichuan province. So why did it take so long for him to be stopped? Because it’s only been recently that his political patron Zhou Yongkang has himself been put under investigation. In China, the line between businessmen, politician, and gangster is a fine one. Watch this episode of China Uncensored!