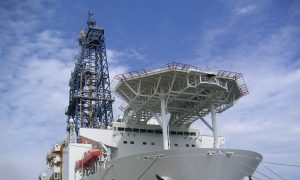 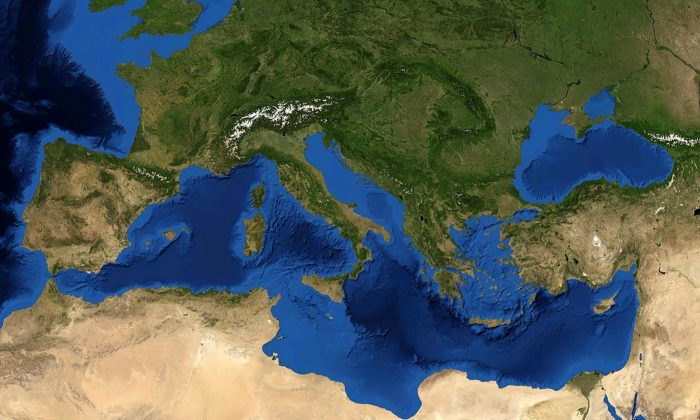 Are We Prepared for the Next Big Mediterranean Tsunami?

Nearly a century has passed since Europe’s last major tsunami, a 13m wave caused by an earthquake off the coast of Sicily that was responsible for around 2,000 deaths. Sometimes tsunamis in the Mediterranean can be even more destructive—a large volcanic eruption on the island of Thera (Santorini) around 3500 years ago generated a wave that decimated an entire civilization, the Minoans, and may have led to the legend of Atlantis.

Millions more people live along the Mediterranean coastline these days, of course, and the volcanoes and earthquakes haven’t gone anywhere. Indeed a new study in the journal Ocean Science suggests even a moderate earthquake in the eastern Mediterranean could set off a tsunami with the potential to affect a large proportion of the 130 m people who live on its coastline.

The devastating tsunamis that hit Indonesia and surrounding countries in 2004 and Japan in 2011 were a wakeup call. Since the turn of the century 177 tsunamis have actually been recorded and of these, four occurred within the Mediterranean basin. These four were all relatively small, and no one died. But history—and seismology—suggests more destructive waves are inevitable. Are we prepared for the “big one”?

Tidal Waves in the Mediterranean

The Mediterranean is ultimately prone to tectonic (and volcanic) activity as a result of the collision of the African plate into the western portion of the Eurasian plate. For the past 65 million years or so, this collision has proceeded, producing the Alps, which are still growing, and closing the Tethys Sea which once separated both continents.

Today, the Mediterranean Sea is the remnant of the Tethys and it too is shrinking as the African plate continues to drive north at about 2.5 centimeters per year. The boundary between these plates is not clear cut however, and as a result, the Mediterranean region is criss-crossed with active fault-lines and it is these, along with plate movements, which create a complex tectonic setting and produce the region’s earthquake risk.

Significantly however, the tectonics of the region are not at all that similar to those in Indonesia or Japan. In the Pacific and Indian Oceans, the tectonic hazard results largely from subduction, where one plate is driven beneath another. Large earthquakes are common at subduction boundaries, and often result in massive displacement at the ocean bed which generates very large tsunamis.

Although there are areas of subduction in the Mediterranean, the scale is much smaller meaning less displacement and smaller tsunamis. Scientists have, in fact, suggested that the 1908 Sicily tsunami was not directly a result of displacement at all, but rather the result of an earthquake-generated landslide on the sea bed.

Often, it is not the size of a tsunami (or indeed any natural hazard) that results in human devastation but rather where it is focused. In 1958 for example, the largest tsunami on record struck Lituya Bay in Alaska. The 30-meter high wave was powerful enough to travel more than 500m up the valley sides but, given the remote location, just five people were killed. In contrast, the 2004 Indonesian tsunami reached around 24m in some places, but by striking in a densely populated region, the human impact was unimaginable.

With this in mind, Mediterranean tsunamis pose a significant risk. Around 130 million people live on the coastline, often in big cities: Barcelona and Algiers in the west (both with a population of 1.6 million), Naples and Tripoli in the central region (both 1 million) and Alexandria (4 million) and Tel Aviv (400,000) to the east.

The risk is further compounded by the fact the Mediterranean is relatively small and enclosed, meaning any tsunami could spread throughout the whole basin. Warning times, essential for minimizing human losses, would also be small. Economic impacts could also be significant, with the Mediterranean home to some large industrial centers and ports.

Little can be done about the hazard itself—seismic and volcanic activity can neither be prevented nor (accurately) predicted. However there are steps which can, and in some cases have, been taken to reduce the potential impact of Mediterranean tsunamis.

Following the 2004 Indonesian tsunami, UNESCO set up the (take a deep breath) Intergovernmental Coordination Group for the Tsunami Early Warning and Mitigation System in the North-eastern Atlantic, the Mediterranean and connected seas (ICG/NEAMTWS). This group is responsible for monitoring seismic activity, sea levels and other relevant data, and disseminating warnings when necessary. Such warnings saved many lives in Japan in 2011.

Development of early warning systems is progressing, but workable and widespread availability of such warnings is likely to be far off. Given this, education of vulnerable communities is key so that they can identify early warning signs and act accordingly.

Unfortunately it might well take a large, devastating tsunami in the Mediterranean before warning and defenses are taken seriously. We can only hope that the wave, when it comes, is not as destructive as could be.