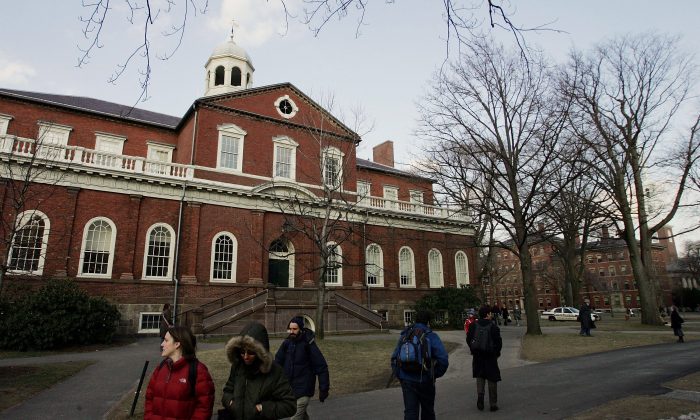 Universities were well respected during the sixties, seventies, eighties, and even nineties. People who graduated from university often had a career in front of them, they were trusted to be the drivers of industry, given leadership positions, and empowered with a voice that was heard.

Universities were the harbinger of intelligence and purveyors of nations that were respected. Classic red brick institutions such as Oxford, Cambridge, Harvard, and Yale were not just places where you graduated in established subjects such as engineering, medicine, and law. They were badges of honor that were used to get into the best positions and best jobs in the country. Not any more.

Nowadays innovation doesn’t require thinking in a library, being taught how to think, and then coming out with theories about how to develop a certain field. The industries are actually made by drop outs and non starters. People who lost faith in the education system and decided to just make it on their own. Many famous names come to mind when thinking about this modern phenomenon.

Steve Jobs, Mark Zuckerberg, and Bill Gates are just some famous ones. They paved the way into knowing that education can be restrictive. In today’s day and age it can become a noose round your neck in the form of a repetitive mundane job that is unforgiving as it marches you towards your grave.

So while the universities struggle to sustain a system that is becoming increasingly obsolete, these drop outs indicate that there is something missing with the way in which thinking is done. They don’t want to think like that, and as they become successful and begin showing results, people are listening to them.

Universities are still excellent places where you go to discipline yourself to learn how to think in a structured and coordinated manner. But they are not the innovation hubs that they used to be. In decades past, to invent something, you needed a laboratory, investment, guidance, previous knowledge that you could develop and take forward, skills to build that knowledge, and a team  to help turn those theories into practice. But the more people that got involved, the less the objective was achieved, and the more diluted the aims became.

The environment that is to come is very similar to the environment of the past. If we go back multiple decades, we see that Isaac Newton, Nicola Tesla, Albert Einstein, Isambard Kingdom Brunel, Michael Faraday, Frank Whittle, and many others like them had one thing in mind. These individuals move humanity forward.

Most of these inventors didn’t even finish their education and hated being boxed in at school. Many of them that had exposure to university didn’t go there to get a piece of paper. They went to university to use its resources to find out who they were and what they wanted to do in life. The university was simply there to help them to find out about themselves, and the ideas they were thinking about. People like to call these individuals geniuses, labeling them and not understanding their passion for what they believed in.

These so-called geniuses were driven people, laughed at, mocked, discarded, belittled, and pushed to the side in such a cavalier way in most cases by the educational institutions that they attended and by the cultures that infest those institutions all over the world.

This attitude of disregarding and belittling is now on the back foot. Universities don’t have the attraction that they once used to. Today, you can go on the internet and download knowledge to help you do what you want to do. 3D printing can overtake manufacturers and help you realize your vision and creation. Communications can allow you to find your team across the world, and the curtains have been removed on culture and ethnicity allowing you to accept that there are other people in the world who can think along the same lines as you do.

I recently visited Farnborough Air Show in the UK, which is a biannual event attracting thousands of aerospace enthusiasts from across the world. It was revealing indeed. The price of aircraft has been reduced dramatically. People were downloading documents from the internet and making aircraft in their back gardens. You could actually buy a Spitfire at 80 percent size manufactured by an aircraft enthusiast that was fully functional for less than £100k.

There were many others who were manufacturing aircraft within their own sheds, garages, and local industrial units. With regards to the big manufacturers, they were struggling to make a dent in the marketplace because of massive overheads and crippling costs. Military aircraft used to be made by multitudes of companies just two decades ago. Today there are only a few remaining big manufacturers.

Farnborough for me was all about two big aircraft companies: Airbus & Boeing. The industrial battle for transactions was happening as the two giant competitors from Europe and America wrestled for sales of aircraft. The only difference between these giants of industry and the small back garden boys was big money. These giants had access to finance and the small back garden boys had access to passion for doing what they love.

I can see clearly now. The future of industry is actually in the hands of the small, financially embattled, visionary inventors who work to see their idea through with tears, worry, no help, and no support. This is where the future lies. I could go further, it is actually a reflection of the past where inventors were the first to see the future and prepare for times that they saw coming and no one else did.

Nicola Tesla, Albert Einstein, Michael Faraday, and Isambard Kingdom Brunel all had their whose laughing now moments as they rose to prominence. In these uncertain times, these types of people are rearing their heads again, but this time, let’s not laugh at them and actually listen to what they have to say.

In these uncertain times, these are the people that will lead us out of the climate of uncertainty and into certainty, they are people of passion, immense drive, and incalculable bravery. These are the true warriors now. We must know who they are, and we must pay attention to them. Just like in the past, the future actually lies in their hands.