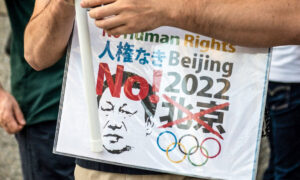 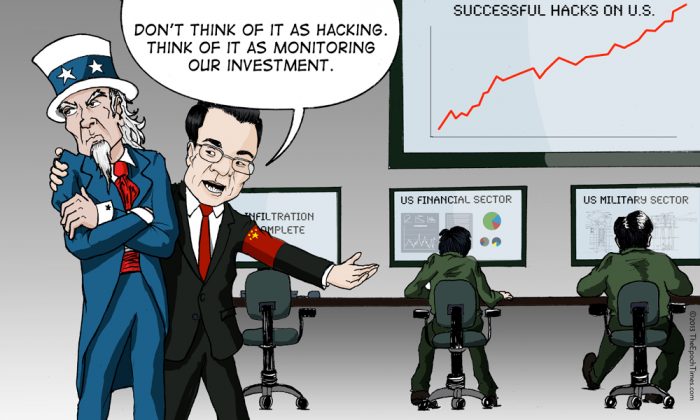 Are the Chinese Hacking, or Just Monitoring Their Investment? (Illustration)

Armies of cyber spies connected with the Chinese regime have been sallying forth against the United States for over a decade, plundering industrial, corporate, financial, military, and high-technology secrets largely with impunity. It’s only in the last few months that sustained and serious attention has been given to the matter by U.S. policy makers.

The severity of the problem has even led some commentators to describe it as a watershed issue between the two most influential countries in the world. But when U.S. officials broached the Chinese Communist Party about the matter, Party officials responded with a typical flourish of legerdemain, claiming that China is actually the target of hacking, and that the Chinese regime wants to cooperate with other countries in cyberspace.