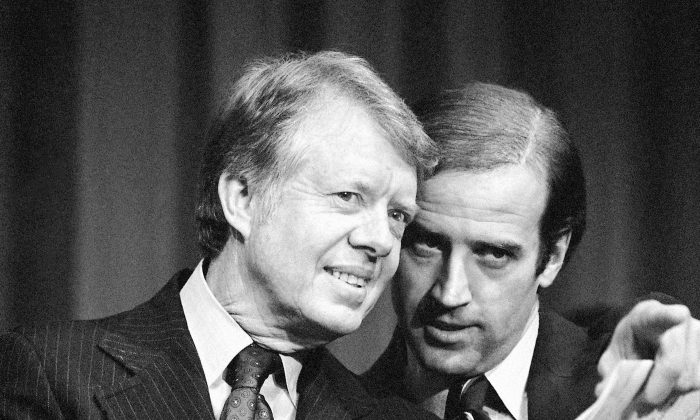 Are the Carter-Biden Comparisons Really Fair? Yes and No 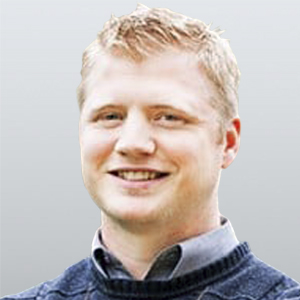 The average price of gasoline is creeping toward $5 a gallon, inflation is at 40-year highs, and stocks are red, with the Dow, S&P, and Nasdaq down 9.8 percent, 14 percent, and 23 percent year-to-date, respectively.

While there are no 1970s-style gas lines yet—the result of price controls passed by President Richard Nixon—the gloomy environment is drawing comparisons to the Jimmy Carter era, a period associated with economic turmoil and malaise.

“Morale inside 1600 Pennsylvania Ave. is plummeting amid growing fears that the parallels to Jimmy Carter, another first-term Democrat plagued by soaring prices and a foreign policy morass, will stick,” Politico’s Jonathan Lemire reported on June 5.

In some ways, the Carter–Biden comparisons make sense. Both presidencies took place in the aftermath of catastrophic wars—Carter in Vietnam and Biden in Afghanistan—that ended badly and required massive amounts of deficit spending (and money printing).

When Carter took office in January 1977, annualized inflation was north of 5 percent, and the unemployment rate was even higher, 7.5 percent. Biden, meanwhile, took office during a pandemic that saw widespread government lockdowns, business closures, and unprecedented stimulus spending.

Carter initially responded by passing an ambitious legislative agenda that required the Federal Reserve to further expand the money supply. This made inflation worse. By December 1979, inflation had reached 13.3 percent.

Similarly, Biden extended federal benefits and money pumping that saw the government run a $2.8 trillion deficit in 2021—the second largest in history—followed by a $1.5 trillion omnibus spending bill.

The similarities between the Biden and Carter presidencies are clear. However, there are also notable differences, and a closer look at the Carter presidency shows Biden has not yet earned the comparison.

Though Jimmy Carter is the president most associated with rampant inflation, it’s important to note that his presidency is just one chapter in a period remembered as the Great Inflation (1965–1982), which witnessed a huge expansion of the money supply and federal spending.

Carter didn’t start the Vietnam War or sever the United States from the gold standard—LBJ and Nixon deserve most of the credit there—but he had to address the inflationary consequences of these policies. And he eventually did.

It was Carter who appointed inflation hawk Paul Volcker to chair the Federal Reserve in 1979. Under Volcker, the Fed took actions almost unfathomable today, hiking interest rates above 17.5 percent.

The move helped trigger two recessions, drove the average 30-year fixed mortgage rate to 18.5 percent, and probably cost Carter the 1980 presidential election—but it put the U.S. economy on a path to monetary healing.

Second, it’s true that both the Biden and Carter administrations suffered from high gas prices due to supply shortages, something American consumers are sensitive to. But they responded quite differently.

“The deregulation of oil and natural gas prices that resulted would lead to a vast increase in the supply of energy in the 1980s, and consequently a lowering of prices,” wrote Robert A. Strong, professor of politics at Washington and Lee University.

Biden’s actions are a stark contrast.

Unlike Carter, Biden inherited an economy that was essentially energy independent (as recently as 2019 the United States was producing more energy than it was consuming). But upon taking office, Biden began to choke energy production and distribution through various executive orders, regulations, and treaties. Americans for Prosperity, a libertarian-conservative political advocacy group, points to no fewer than 25 policies Biden passed that have made energy more expensive.

To what extent high energy prices stem from these actions versus other external factors—such as inflation and the war in Ukraine—is debatable. What’s clear is that Carter deregulated the oil and gas sector when faced with supply shortages, which lowered prices. Biden—with the exception of releasing supply from the Strategic Petroleum Reserve—has done the opposite.

Biden could learn a lot from “the Great Deregulator.”

In addition to liberalizing oil and gas, the former Georgia governor deregulated everything from railroads and beer to the airline and trucking industries, which put the U.S. economy on much sounder footing and helped propel the economic explosion of the 1980s.

Biden’s legacy is not yet written in the history books. But at this stage, the Biden–Carter comparison is unfair—to Jimmy Carter.