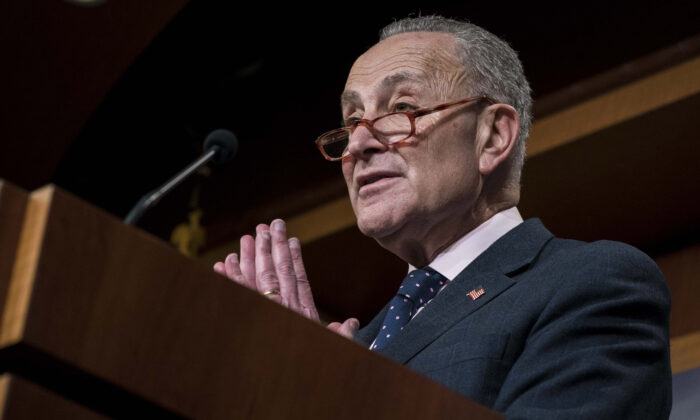 In my previous column, I wrote about two competing visions for our country—one that favors policies that I believe are better for American citizens and one (the progressive agenda) that advances policies that impede or subtract from the welfare of many Americans.

So, does that mean that our country is divided into “the good guys (and gals)” and “the bad guys”? In a word, No!

It’s true that U.S. politics has congealed into two diametrically opposed ideologies. (The philosopher Georg Hegel would be delighted with the current clear-cut symmetry of thesis and antithesis.) It’s also true that if you believe that one of those two political agendas is good for our country and people, then you are likely to conclude that the opposing ideology is bad for America and Americans.

Does that, then, mean that those on the other side are evil people? Again, no. In many political movements, there emerge fanatics and sociopaths who go over to the dark side and cause widespread suffering, but they comprise a tiny minority. I would say that most of my political opponents are in the grips of various intellectual errors, and some may have moral blind spots resulting from being utterly convinced of their own rightness. But evil people? Uh-uh.

I may be naïve, but I can’t accept as valid the notion that I and those who agree with my politics and economics are good people and therefore our opponents are necessarily bad people.

Although I disagree mightily with most of the political pronouncements, posing, and policies of Chuck Schumer, Nancy Pelosi, Bernie Sanders, et al., I just can’t picture them getting up in the morning with the conscious intention to turn human life on Earth into a living hell. I think a more realistic assessment comes from remembering the wise old adage, “The road to hell is paved with good intentions.”

A recent theater experience I had brought this lesson home with great power and clarity. At the college where I taught until my retirement last May, a pair of students wrote a musical adaptation of Sophocles’ “Antigone.” This new version, entitled “Antigone and the King,” was an all-student production, from the script to the directing to the acting. The result was an amazingly engaging, entertaining, and emotionally powerful production.

What makes the Antigone story so moving a tragedy is the realization that there really are no “bad guys,” yet the community’s best people end up being destroyed. The tragic outcome was not caused by evil people, but came as the unintended consequences of a fundamentally good person’s good intentions gone awry due to errors of judgment.

King Creon of Thebes desperately wanted to preserve peace, order, and prosperity for his people, now that a war of seven years’ duration had finally ended. That’s a laudable, selfless, benevolent desire, but unfortunately, in his heartfelt zeal to achieve a good life for his people, the king made the fatal mistake of believing that his way, and his way only, was the right way.

Committing himself unreservedly to his worthy purpose, he lacked the wisdom to adapt. He steeled his heart from having the humility to turn to a higher source—“the gods”—for guidance. He refused to consider the possibility that the people’s grumblings about his policies might have had merit. He ignored the pleas of his loving wife and son to abandon his unyielding approach and to reconsider his rigid policies.

And so, the play moves inexorably toward its tragic denouement: The king’s good intentions reap the bitter fruit of the suicide of the pure and innocent Antigone (his son’s betrothed) followed by the suicide of the king’s son and wife. The king’s dream of a happy peace gives way to a horrible reality of the loss of all that makes life worth living.

How remarkable that reviving a classic story written more than 24 centuries ago can impart wise lessons that can benefit us today. (Let’s hope that some colleges are still teaching the Classics in their humanities curricula.) The timeless lesson: If we are tempted to hate or condemn people on the opposite side of the ideological/political divide from us, let us resist that temptation. If they are wrong, their policy prescriptions may be harmful and counterproductive, but that doesn’t make them bad people.

Here’s a thought: It might be helpful if we could see and hear from friends of our political opponents telling us about their admirable qualities, their deeds of kindness, their joys, and their sorrows. Then we might see that they are far more like us than we assume they are by relying only on their public political characters, which are so often vapid or lurid cardboard caricatures and not real human beings.

Let’s give them the benefit of the doubt (as we would hope they would do for us) and see them as modern examples of King Creon—not fundamentally evil, but under the influence of mistaken beliefs that, for our own sake and perhaps even for theirs, we must resist.

We really need to try to impersonalize politics. Hatred is a corrosive acid eating away at the fabric of what most of us on both sides of the divide desire to see: a society in which we agree to disagree with those holding differing political views without sinking into the morass of venomous personal antagonisms.