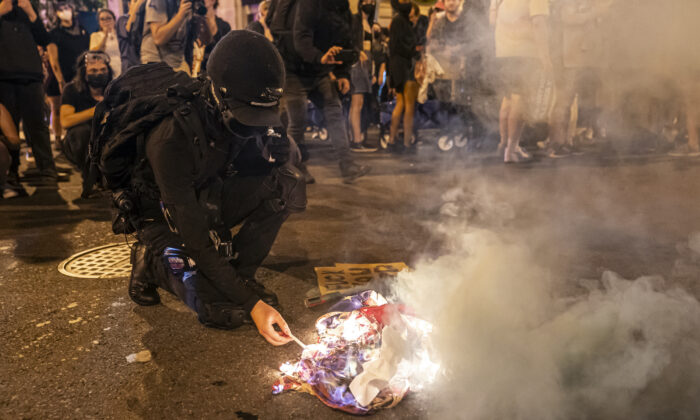 A protester lights a cigarette on a burning American Flag while marching with pro-abortion activists in Washington on June 24, 2022. (Nathan Howard/Getty Images)
Viewpoints

Are Pro-Aborts Burning Through Their Credibility? 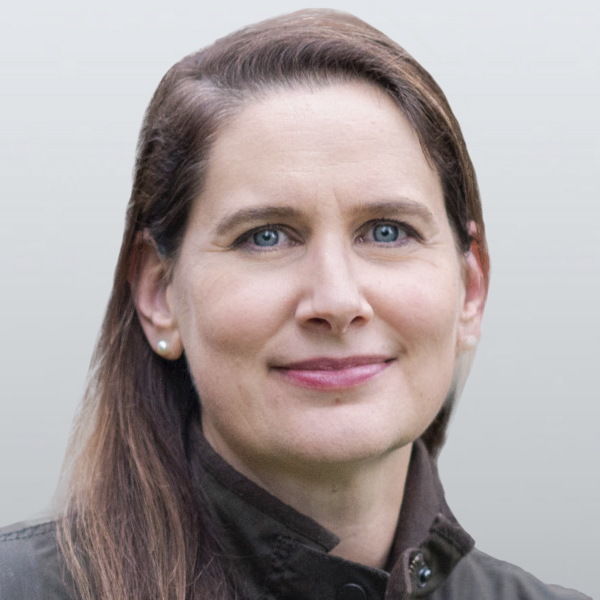 The militant pro-abortion group Jane’s Revenge is having its promised collective national tantrum in these post-Roe days. Meanwhile, the usual suspects—political and Hollywood starlets—are tearfully telling us the sky is falling.

House Speaker Nancy Pelosi couldn’t bring herself to say “good morning” because the day after Roe wasn’t a good morning for her, Pink made it clear she doesn’t want pro-lifers to listen to her music anymore, and Reese Witherspoon wrote, unaware of the irony, that she is “always so inspired by how women come together to support one another and our children’s futures.”

This mix of hyperbole and irrationality could signal an interesting change taking place among American women. Those speaking out against the Dobbs decision suddenly sound out of touch. Their rhetoric and pitch have gone well beyond the comfort zone of most American women. Most of us aren’t interested in protesting at SCOTUS justices’ homes, spray-painting vulgar slogans on the walls of churches, or parading around semi-nude in protest. We don’t want to burn down churches, assassinate judges, or firebomb pregnancy centers either. Some women might have gone in for the pink hat, but acting like a felon is where the line will be drawn.

It’s curious to think about the timing of Dobbs. COVID-19, Ukraine, Afghanistan, gas prices, supply chain issues, and on and on have left most women feeling that there are more important issues to worry about than abortion, compared with even four years ago, when the economy was strong, gas was inexpensive, and no one had ever heard of a lab in Wuhan, China. Polls show that only 5 percent of the population place abortion as their highest political priority. Among our elites and celebrities, based on their reactions, that percentage is clearly higher, which gives the collective impression that it must be higher among the culture at large.

“Surely, if everyone I see on social media is against this, then who can be for it?”

This is the impression that the elites have relied upon for 50 years. Planned Parenthood President Alexis McGill Johnson just used this tactic in an interview with Forbes by calling those who are pro-life “a small but vocal opposition,” instead of recognizing that pro-lifers represent about half the country.

Could it be, however, that elite women have finally spent their credibility? Could they have finally lost the sway they have held on to with well-manicured fingers for five decades? What started out as a movement of well-coiffed and well-spoken women has melted down into a jumbled mess of nearly naked, screaming, vulgar, and raging women. Unhinged is the general feeling they exude while sounding ever more detached from the real concerns of the average woman.

Another surprising post-Roe element is the relative crickets from the commercial sector. There seems to be a shocking silence from major brands when it comes to waving their Restore Roe creds. Perhaps brands have learned that it doesn’t go well when you pick sides in politics and that all that pride isn’t nearly as lucrative as one might hope? Maybe they see what the elites don’t tell them, but the bottom line does, which is that 42 percent of women are pro-life. Disney is certainly finding this out the hard way after going all-in on all-woke.

But then, maybe stores just haven’t figured out how to tackle it. Or perhaps companies are just quietly pouring their efforts into making sure their employees know that they will pay for women to travel to other states for abortions, as Amazon, Dick’s Sporting Goods, Netflix, Patagonia, and Starbucks have promised. It certainly will cost them a lot less than maternity leave.

Even Vogue still seems stuck pouring out the pride, while offering a guide to monkeypox, instead of facing Roe head-on. (They do have an important piece on why you should match your bikini to your beach chair.)

But maybe more than anything, the pro-aborts’ absence of real arguments, the twisted virtue signaling, and the gaslighting are wearing off. American women simply don’t want to take any more marching orders from the angry, the ignorant, the narcissistic, and the entitled.

Well, so we pray.

Carrie Gress
Follow
Carrie Gress is a fellow at the Ethics & Public Policy Center and a scholar at the Institute for Human Ecology at Catholic University of America. She is also the editor of TheologyOfHome.com and the author of numerous books, including “The Anti-Mary Exposed: Rescuing the Culture From Toxic Femininity.”