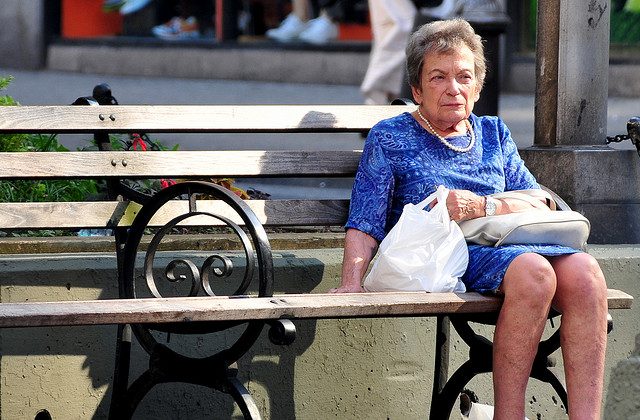 The aging of populations in Europe is transforming economies and societies and sparking debate on issues ranging from pensions to healthcare. In Eastern Europe though, populations are still relatively young compared with their quickly aging counterparts in Western Europe, but falling birth rates, longer life expectancy and high levels of outward migration are expected to quickly close the demographic gap between East and West within the next two decades.

In 2030, it is estimated that just under 30% of the population will be over 60 in Europe. According to World Bank estimates, over the next two decades, the share and number of elderly in Eastern Europe in particular will rise quickly; by 2025, one out of five people in most countries in the region will be over the age of 65. This transition will put significant burdens on the public purse and risks hampering economic growth. The good news is that Eastern Europe has time put in place proactive reforms to anticipate this transition, but the region lags significantly behind its Western neighbours, leaving little room for complacency.

Analysts have begun referring to the graying of Eastern Europe as the “third transition”, coming on the heels of the political upheavals and rapid economic growth that followed the disintegration of the Soviet Union. Ironically, this economic prosperity is itself at the root of the evolving age structure of the population according to demographers. Typical of societies undergoing rapid economic expansion, life expectancy at older ages is rising quickly and fertility rates, the number of births per woman, is falling sharply.

Emigration of economically active adults is also accelerating the phenomenon and, on the contrary, is a bane for falling fertility rates in the West where women have relatively fewer children. While this trend is pronounced in the region, it is interesting to note that Eastern European countries are not at all uniform in the direction and  size of migrant flows. The the Czech Republic and Hungary generally enjoy positive net inflows, while Moldova, Romania, Poland and  Ukraine are losing population due to emigration.

It is feared that this pattern will leave progressively smaller populations of economically active adults to bear the cost of increasing numbers of pensioners and more public health spending as longer life expectancies lead to higher instances of expensive chronic disease. Eastern European countries inherited very generous and near universal pension systems from their Communist past, which must now be reformed. Societies will also need to adapt to ensure that the elderly population is not isolated economically or socially. This includes extending specific protections for older citizens and facilitating positive cultural evolutions.

Luckily, Eastern Europe has time to put in place proactive reforms. The ‘doomsday scenario’ for an aging Eastern Europe, may also be exaggerated. An aging population can also reduce demands for public expenditures in other areas, such as education, to help offset the costs of an aging society. Furthermore, the reality of labour markets has proven to be less demographically deterministic than many fear. Although the aggregate labor supply will decline in many countries, gains in productivity will help offset negative impacts.

The real danger comes from complacency. The Global AgeWatch Index shows that Eastern Europe, with a couple notable exceptions, is far behind Western Europe, some countries even coming in near the bottom of the global ranking.  The index is an innovative effort to use publicly available data to quantify the quality of life of older adults and how well prepared policy makers are for the aging of populations. The rank is composed of four key areas with equal weight in determining the rank of each country: income security, health status, employment and education and ‘enabling environment’.

Unsurprisingly, European countries top the ranking. Europe’s population enjoys high standards of living and boasts the highest percentage of elderly of any world region, meaning authorities are already well-experienced in dealing with its challenges. Only one Eastern European country, however, is ranked in the top 20 (Slovenia). In the top 30, only two more countries in the region, Estonia and the Czech Republic, join the ranks. Most find themselves in the forties, behind countries such as China and Mauritius (Hungary, Croatia, Latvia, Bulgaria, Romania, Slovakia). Finally, notable laggards include Poland (No. 62), Ukraine (No. 66) and Russia (No. 78).

Looking at regional Champions Slovenia and the Czech Republic, the countries mediocre rankings are doped considerably by high scores in one particular domain. Slovenia’s global ranking is boosted by an impressive ‘enabling environment’ score, which considers aspects such as social integration and civic freedoms. For example, 88% feel socially connected and 90% are content with the level of civic freedoms. The Czech Republic scores well thanks to its high pension coverage and low rates of poverty among the elderly. Both countries have also recently put in place national policy frameworks for dealing with issues related to aging.

Considering the laggards, while they may perform above average on some factors, they generally rank poorly across the board. In Ukraine, the over 60 population ranks relatively well in terms of income security, but it is one the worst regional performers in terms of health and enabling environment. While the Russian over 60 population ranks 21 worldwide in terms of education and employment, the country’s global rank, 78 out of 91 countries included in the index, is weighed down considerably by poor income security, health and ‘enabling environment’. Russia’s low income security score reflects, in particular, the high levels of inequality.

Many countries in Eastern Europe, even those performing poorly, have instituted a policy framework of some kind over the last decade, showing at least a recognition of the economic and social stakes of these trends. Concretely, however, too little has been done to prepare societies and economies for the demographic shifts already underway. Governments do have time, but this too often translates into complacency. If policy makers do not take action over the next decade, time may quickly run out.