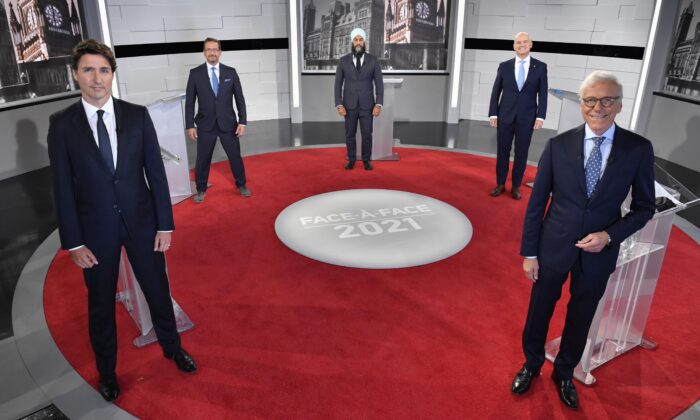 Are Freedom Charters Worth the Paper They’re Printed On?

Some of us are old enough to recall a time when freedom of speech was regarded as essential to the maintenance of a functional democracy.

In democratic nations like Canada and the United States, we once understood that in contests of cultural or political will, all citizens, especially candidates for political office and other leadership positions, should be permitted to have their say and test their ideas against the arguments of others.

Throughout our national history, government censorship was generally limited to preventing the disclosure of sensitive military secrets or forbidding the publication of pornographic material that violated customary moral standards and had no serious literary, artistic, political, or scientific value.

In schools, universities, and public forums, we once sought to examine all sides of civic issues. We regarded it as unfair and counter-productive to collude with some in order to exclude the opinion of others.

As free citizens, we were at liberty to form judgements regardless of the dictates of the conventional wisdom. We actually valued debate and taught the art of debating in our schools.

The Temptation to Censor

Today, the disposition toward freedom of expression appears to have been reversed. Pornography is ubiquitous and readily available to anyone of any age with access to a computer or cellphone.

On the other hand, advocates of free speech, freedom of the press, and academic freedom are generally relegated to the margins civil discourse. This is especially true when speakers are regarded to be on the conservative side of the political spectrum.

In Canada, the state-funded media agency sets the tone for almost all network news and opinion programming, while cosmopolitan newspapers dominate the print media, and social media platforms like Twitter and Facebook act as surrogate censors for progressive policymakers.

More than ever, Canada’s prestige media flies on a single wing. Opinions on the right have been jettisoned. Balance is no longer required. The craft is kept aloft by a powerful re-centred cultural engine fuelled by plenty of public money, government regulatory advantage, and a proclivity for censorship.

Free Debate and the Election Campaign

In our present cultural straitjacket there was never much hope that freedom of speech and the spirit of open-ended debate would regain traction in the 2021 federal election.

Last week, TVA, a media group that boasts of having the capacity to reach every household in the country, broadcast the first French-language leaders’ debate of the campaign. TVA’s designated “main party” leaders were Justin Trudeau (Liberal), Erin O’Toole (Conservative), Jagmeet Singh (NDP), and Yves-François Blanchet of the Bloc Québécois, a party that fields federal candidates only in one province.

Almost all of the debate revolved around the ever-increasing role of government in the lives of ordinary Canadians.

The first half of the event was dominated by talk of government policy related to the COVID-19 pandemic. Other matters raised throughout the evening, like government childcare, medical assistance in dying, gun control, and climate change, framed the discourse almost entirely around progressive talking points.

Trudeau presented himself as the nation’s vaccine champion, pushing mandatory shots for public servants and the travelling public.

As Canadians pour into city streets in opposition to mandatory vaccination passports and lockdowns, O’Toole parried with an alternative “federal government plan” for rapid testing of Canadian travellers.

Regarding the longstanding debate over re-introducing for-profit medical services in Canada, Trudeau pointed accusingly at O’Toole’s past support for private care options. When Trudeau pressed O’Toole to say whether or not he favoured introducing a so-called “two-tiered” system into the country, the Conservative leader declined to take up the debate or give a direct answer. Mr. O’Toole could only say that he wanted to see more private “innovation” in health care, but supports the system we have.

With regard to the left’s signature issue, climate change, it was business as usual. The imagined environmental horrors connected with Harper-era oil and gas development were invoked against present Conservative proposals to modestly roll back carbon emission regulations. At the same time, Singh, the socialist New Democratic Party leader, noted that over recent years Canada has had the worst results on emissions of all G7 countries and even accused the country’s climate warrior-in-chief, Justin Trudeau, of not delivering on his environmental promises.

No one on the debate stage dared to challenge the orthodox progressive assertion that “climate change” is the most critical issue of our times.

At the outset of the 2021 campaign, the Leaders Debates Commission selected five parties to participate in the official election debates. Unsurprisingly, they were the Trudeau Liberals, O’Toole Conservatives, Singh New Democrats, Paul Greens, and Blanchet Bloc Québécois.

The most notable candidate to be left out was former Harper government cabinet minister Maxime Bernier. Bernier’s more recently formed People’s Party of Canada is a committed coalition of former Harper conservatives, libertarians, and populists who describe their founding principles as “Freedom, Responsibility, Fairness, and Respect.”

Reviewing the PPC platform, one is struck by elements which have deep roots in classical liberal traditions as well as populist elements similar to the American MAGA movement. The PPC takes clear and unequivocal positions on controversial issues like freedom of speech, immigration, trade, supply management, and national health care.

Bernier himself is a trained economist in the tradition of Adam Smith, Frédéric Bastiat, and Friedrich Hayek. Like them, he believes that the prosperity of society is driven by creativity, entrepreneurship, and innovation, which are possible only in a society with free markets and limited government.

Open-minded citizens seeking to cast an informed vote might be well-served by debates that include Bernier’s point of view. But according to the rules of the Leaders Debates Commission, at the outset of the campaign the PPC fell short of a 4 percent threshold of public polling required to qualify for a place on the stage.

In mid-campaign, the PPC is actually polling above 4 percent and ahead of the Green Party. But for Canada’s Woke Laurentian establishment, “rules are rules”—especially when they support the silencing of an articulate political opponent.

These days, one is inclined to conclude that a Charter of Rights and Freedoms, which supposedly guarantees “freedom of expression,” is worth about as much as the paper it’s printed on.