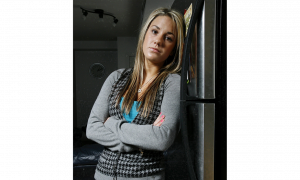 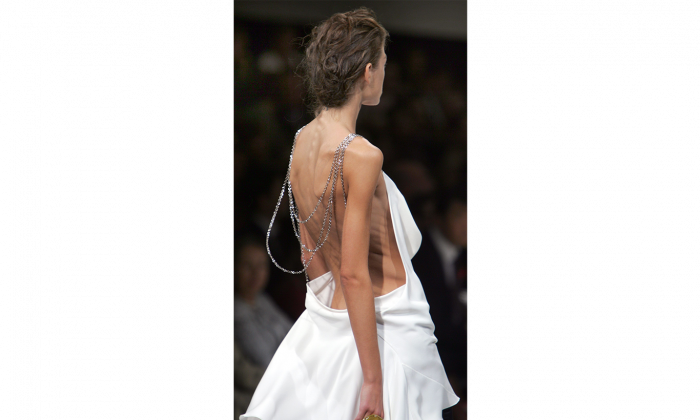 Are Eating Disorders a Hidden Epidemic?

Many more Canadians may suffer from eating disorders than previously thought, according to a national organization that develops and disseminates information on eating disorders and related issues.

It is estimated that 600,000 to 990,000 Canadians are diagnosed with an eating disorder at any given time. However, a staggering 50 percent of Canadians know someone (including themselves) who has or has had an eating disorder, according to a recent Ipsos Reid poll commissioned by the National Eating Disorder Information Centre (NEDIC).

I feel like I’m at my breaking point.
— Anorexia sufferer Jennifer Doucette

Eating Disorder Awareness Week is Feb. 1-7, and is marked by municipal proclamations and events in dozens of cities across Canada. The occasion is timely in light of recent unnerving reports.

Rates of hospitalization for eating disorders in women aged 10-19 has increased by 42 percent in the last two years alone, the Canadian Institute for Health Information announced in September 2014.

Two months later, the parliamentary Standing Committee on the Status of Women released its report examining eating disorders among girls and women in Canada. The findings were dire: Treatment and prevention for eating disorders is severely underfunded, resulting in lack of awareness, under-diagnosis, and unacceptable wait times for treatment—despite the fact that this disorder has the highest mortality rate of any mental illness.

“The Committee was disturbed to learn that despite the suffering and high mortality rates among individuals with eating disorders, it was difficult for these individuals to acknowledge their disorder, to seek the support of family and friends as well as the greater community, to receive a diagnosis from a medical professional, and to gain access to treatment and follow-up support services,” reads the report.

Among the most effective treatments shown to combat eating disorders are inpatient programs that include individual and family-based therapy in addition to nutritional counselling. But this type of intensive therapy is often not covered by Medicare, is highly expensive, and most centres that offer the treatment in Canada have long waiting lists. In addition, the road to recovery often takes several years, compounding the expense.

Patients and their families have increasingly taken to crowdfunding in a desperate attempt to raise money for effective treatments. Last week, Prince George, B.C., mother Jennifer Doucette made an emotional plea on YouTube to get funding for anorexia treatment at a private clinic in Manitoba.

“I’ve been battling with this disease since I was 17,” she says in the video. “My bones hurt. My face hurts. I shake. I’m sweaty even when I’m freezing cold,” she said.

“I feel like I’m at my breaking point. I’m reaching out to private treatments and trying to get the money for it because there really isn’t much for not-private treatments, and if there is, there’s waiting lists.”

Doucette, who currently weighs 88 pounds, has been attending an outpatient clinic in Prince George but said it isn’t helping her get better.

Another significant roadblock to successful diagnosis, treatment, and recovery are the stereotypes and stigma attached to eating disorders. As Elaine Stevenson, co-administrator of the Alyssa Stevenson Eating Disorder Memorial Trust, told the standing committee, eating disorders “are cloaked in the three S’s: shame, secrecy, and silence.”

One example of this stigma, according to NEDIC’s poll, is that 40 percent of Canadians believe eating disorders are a choice. In fact, says NEDIC, it is a mental health condition that is often accompanied by other issues such as anxiety, depression, obsessive-compulsive disorder, or substance abuse. Recent research has also pointed to genetic predisposition.

According to Dr. Blake Woodside, medical director for the Program for Eating Disorders at the Toronto General Hospital, in the case of anorexia nervosa, “genetics loads the gun; environment pulls the trigger.”

Dr. Woodside also told the standing committee that the reason Canada has so few resources for eating disorders is simply discrimination against an illness that primarily affects young women—a demographic with little political power.

“Compare that with the situation for anorexia nervosa where, in the province of Ontario, one of the wealthiest provinces in the country, there are only three treatment centres that have in-patient beds for a population of 12 million. If this isn’t discrimination, I don’t know what is.”

Among the 25 recommendations from the standing committee report was the need for a pan-Canadian strategy to address eating disorder treatment—including better education, treatment, prevention, and follow-up care. A national registry to track patient care and a strong research program to help develop better treatment and support were also called for.