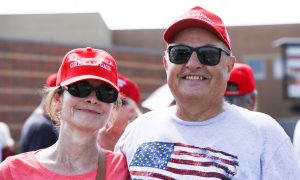 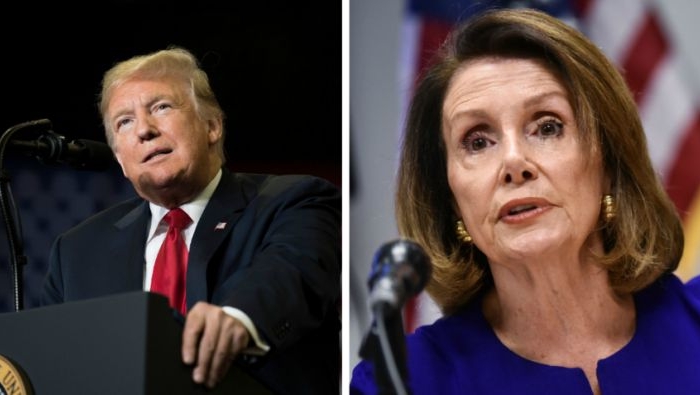 The new Democratic-led Congress, with its crop of radical freshman members, is quite revealing. It’s almost like they’ve just removed their Guy Fawkes masks and learned that U.S. Representatives are sworn into office, not inaugurated.

Some even try to act like adults. But they’re mostly far-left “get-Trumpers” with lots of venom and little patience for anything other than their radical political agendas.

With these low-information “social justice warriors” such as Rep. Alexandria Ocasio-Cortez (D-N.Y.) wielding power in the House of Representatives, we can count on them to pursue one overarching goal: to remove President Donald Trump from office before 2020. Failing that, their secondary goal is to damage Trump so badly as to turn him into a one-term president.

To reach either of these objectives, we’ll probably see a slew of televised investigations over the next two years, as the Democratic Congress seeks to “expose” the Trump administration’s purported Russian collusion. They can’t produce hard facts to prove their case, so it’s likely going to be a variety of contrived, skewed, or even nakedly false evidence.

But it’s obvious to all but the likes of Ocasio-Cortez and Rep. Rashida Tlaib (D-Mich.) that this Russian dog won’t hunt. At least, it hasn’t yet. Even House Speaker Nancy Pelosi (D-Calif.) knows the Russian collusion angle is a dead end.

That’s why it’s quite likely that we’ll hear from both new and old witnesses to Trump’s culpability on whatever the concocted scandal of choice may be. We can also expect to hear more of the lies, deceptions, innuendos, and parsed words from Michael Cohen, Trump’s disgraced former lawyer.

These may prove to be salacious and embarrassing to the president, but will they be impeachable offenses? Again, if they haven’t been able to come up with something substantial thus far—and it hasn’t been for lack of trying—it’s difficult to think that they will be able to going forward.

New Laws Against Trump, the Constitution

We’ll also see attempts to enact new laws aimed at Trump, in particular, but with broad impact on the country, that would destroy our republican form of government and enact more limits on privacy and freedom. Most of these initiatives reflect a lack of knowledge on the issues and political process, as well as a visceral hatred for this president.

For example, a bill to compel Trump to reveal his tax returns, and require all presidential candidates to provide the prior 10 years of returns is being considered. Such intense scrutiny wouldn’t only dissuade many qualified candidates from ever running, but would be so intrusive as to elevate state prying to Stasi levels and open the gates for even more selective prosecution.

Another proposed measure would eliminate the Electoral College. This would mean national elections would be determined by a simple majority vote. If that were the case in 2016, Hillary Clinton would be in the White House. The objective is to strip rural areas and red states of power in national elections. This would effectively put the urban, left-wing cities and blue states in power for the foreseeable future: the tyranny of the majority.

Thankfully, neither of these bills have a chance to pass the Republican-controlled Senate.

On the other hand, could we think it possible that the snowflake Democrats in Congress may overplay their hand?

Screaming invectives at the president—and by extension, at the millions of Americans who voted him into office, as well as those who are better off because of his policies—isn’t a sustainable political message. The vile words and unvarnished socialism coming from the newly expanded wing of the Democratic Party, led by Rep. Maxine Waters (D-Calif.), is wasting no time painting themselves into a rhetorical corner.

Now that Americans of all races are enjoying record employment levels, the highest wages in a decade, and even after last year, a higher stock market, it’s a stretch to think that the far-left accusations against the president won’t wear thin on most Americans.

But the young radicals aren’t the only Democrats painting themselves into a corner. At this writing, the government shutdown over the border-wall-funding battle is almost into its third week. The House’s Democratic leadership is used to winning these shutdown battles, but this one may have a much different outcome.

Trump shows no sign of caving to the political and public pressure that Democrats are so used to applying and relying on for victory. With Trump stating that the shutdown may last “months or years,” Pelosi and her Senate ally, Sen. Chuck Schumer (D-N.Y.), may find themselves running out of political ammunition. And after all, they are the real fans of big government, which is now shut down, aren’t they?

Trump Is Not Your Father’s Republican

What traditional Republican presidential candidates discovered—and new Democrats will soon realize—is that Trump isn’t your typical Republican politician or president. He’s an outlier with an unusual capacity to operate effectively under enormous pressure. So far, he’s proved himself immune to the demands of the Washington political establishment and the financial entanglements that usually accompany politicians. That’s a rarity.

On the contrary, Trump has doubled down on wall funding. Unlike Obama simply writing law himself, Trump is threatening to declare a national emergency to get it funded and built by the Pentagon. That brings the “art of the deal” to a whole new level.

What’s more, Trump may have more dirt on some Democrats than they care to admit. His warning to them about the Senate also having the power to investigate was largely ignored in the media; maybe it shouldn’t have been.

His willingness to fire generals and other highly respected cabinet members who challenge him should be a warning to those who call for his impeachment. As he said on the campaign trail, “when someone hits you, you hit them back twice as hard.”

Trump has left little doubt about that.

It may be that the constant mainstream media anti-Trump drumbeat peaked in the 2018 elections. With anti-Trump bias now common knowledge—and even acknowledged by many left-leaning writers and pundits who lament how far journalism has fallen—the credibility of most media outlets is in real danger of being labeled “fake news” by their some of their own. Even with their vast media advantages, the mainstream media machine has had difficulty meeting the power and influence of the president’s continuous and pungent Twitter use.

So are the Democrats really sure that they’re “ready to rumble” with “The Donald”?