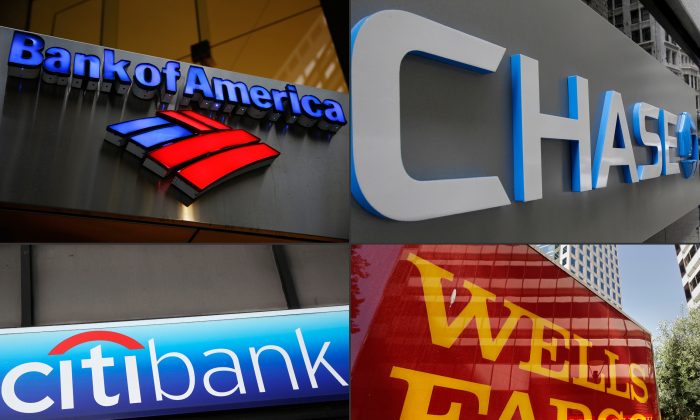 This combination made from file photos shows bank branches of, clockwise from top left, Bank of America, Chase, Wells Fargo, and Citibank. A new economics report found that recessions don't need to be followed by periods of slow economic recovery. (AP Photo)
US

Thanksgiving is Thursday, Nov. 26, and it’s a federal holiday in the United States.

That means pretty much every single bank in the U.S. is closed for the day. Online banking and ATM services are still available.

Also, it’s worth nothing that public schools, libraries, the DMV, the post office, and most other bodies of the government are closed on Thanksgiving. The NASDAQ and the New York Stock Exchange are also shut down.

The Federal Reserve Bank, which has a central role in payments between banks, is also closed as well.

Also, CVS stores will also be open for Thanksgiving, and the 24-hour locations will have the same hours.

Rite Aid stores will be open in select locations starting at 8 a.m. on Thanksgiving Day, and they will be open 7 a.m. Black Friday.

While Thanksgiving is going on, many Americans will probably have a harder time traveling due to an increase in security amid threats of terrorism.

President Barack Obama said Nov. 25 that there’s no “specific and credible” intelligence about a Thanksgiving attack. “While the threat of terrorism is a troubling reality of our age, we are both equipped to prevent attacks and we are resilient in the face of those who would try to do us harm,” he said.

In an example of increased security, the Port Authority of New York and New Jersey said police are on a state of “heightened alert.”

“Actions include increased patrols and checks of bags, buses, trucks and trains at agency locations. Travelers also are reminded to remain vigilant and report any suspicious activities to police or other authorities,” the agency said, per NBC News.

The U.S. Transportation Security Administration, or TSA, said Americans need to get to the airport two hours ahead of time.

“We encourage travelers to be vigilant & report any suspicious activity to law enforcement,” the agency tweeted Tuesday. “If you see something, say something.”