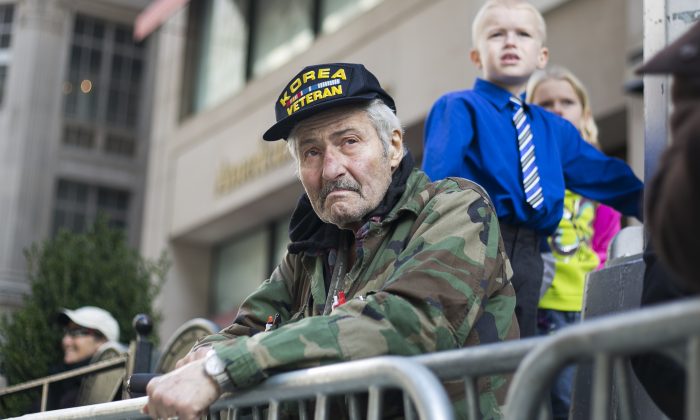 A veteran watches the Veterans' Day Parade in New York on Nov. 11, 2014. (Samira Bouaou/Epoch Times)
US

Veterans Day is on Wednesday, Nov. 11, to celebrate the men and women who serve or served in the U.S. Armed Forces. The most significant event on the holiday is the wreath-laying commemoration at the Tomb of the Unknown Soldier.

The holiday is a federal one, which means that a good number of banks, including Bank of America, Wells Fargo, Citibank, Chase, Amerasia Bank, and HSBC will be closed.

American Chartered Bank and TD Bank will be open on the day.

GoBankingRates.com posted the small number of bank branches that will be open on the holiday:

Public schools, libraries, the DMV, the post office, and most other government institutions are closed on the holiday. The NASDAQ and the New York Stock Exchange are also closed down, and the Federal Reserve Bank, which has a central role in payments between banks, is also closed.