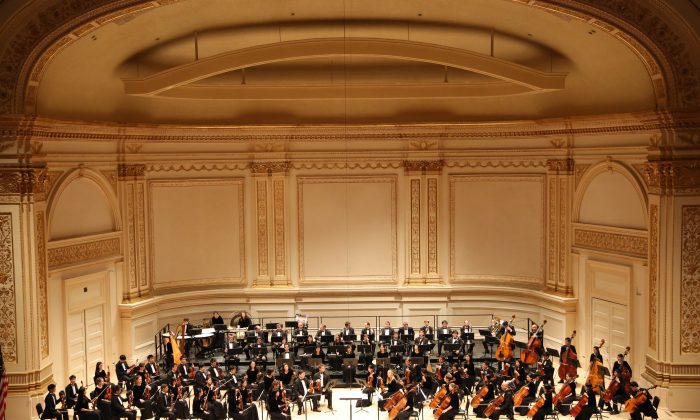 Although he didn’t know that much about Chinese instruments, he said he liked to hear them: “They’re very soothing to my ear.”

He also lauded Carnegie Hall’s fantastic acoustics and said they amplified the sound of the orchestra.