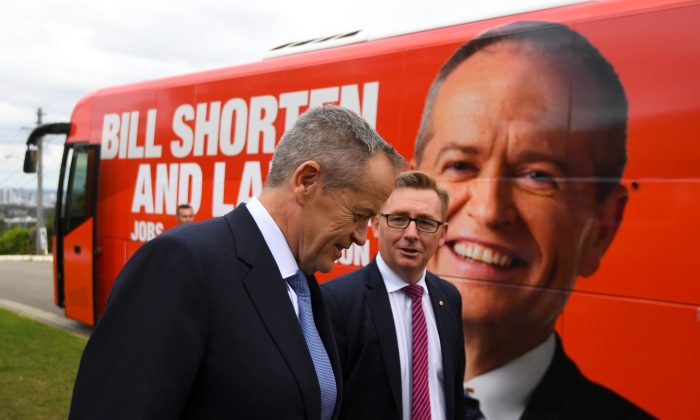 Brian Owler, a respected neurosurgeon who was instrumental in helping pass assisted suicide legislation in Victoria in November 2017, is believed to be a top Labor candidate for health minister if elected in Bennelong along with a Shorten government on May 18.

There has been speculation that the former Australian Medical Association (AMA) president and face of the “Don’t Rush” road safety campaign in NSW could be tapped by Bill Shorten for the position of Australia’s health minister.

“Mr. Medicare [Owler] is coming to Canberra to ensure we put Medicare and health care right up the top,” Shorten told the media in October last year after flying in to announce his new Bennelong candidate.

The announcement meant that Owler was replacing the locally-endorsed candidate Lyndal Howison, which drew some criticism from Bennelong residents as the surgeon lives in Wahroonga in the neighbouring electorate of Bradfield, according to SMH.

President of the pro-life advocacy group Right to Life Australia, Margaret Tighe, told The Epoch Times that Bennelong voters should be informed of Owler’s views on euthanasia.

“A vote for Owler and Labor may mean a health minister who believes in physician-assisted suicide,” she said. “Labor now is the party of social engineering.”

Owler was the lead architect in drafting Victoria’s framework for voluntary euthanasia—the Voluntary Assisted Dying Act—that will grant eligible Victorians permission from the state to end their lives using a lethal drug from June 19.

Under the new laws, Victorians over 18 years old deemed to be “suffering” in a way that “cannot be relieved in a manner that the person considers tolerable” by two independent doctors will be able to register to receive a dose of lethal drugs. The applicant must be terminally ill, within 6 months of death, and of sound mind.

The legislation, which includes 68 safeguards as recommended by Owler’s report, was narrowly passed after the government rushed the bill through Parliament in two marathon all-night debates.

Before the Andrews Labor government in Victoria appointed Owler to lead the ministerial advisory panel to develop the above Act, Owler had told The Age in 2016: “I think it’s important that we do get legislation that is both safe but also compassionate, and allows people in particular circumstances to access assisted dying.”

One Case is Too Much

But British comedian, actress, and disabled rights advocate Liz Carr had told the Victorian Parliament in an address in 2017 that any safeguards were “an acknowledgement of risk in the first place” and that “the risk of getting it wrong in one case is too much.” Carr had also been a strong voice against euthanasia in the United Kingdom. In 2015, the British Parliament voted overwhelmingly against euthanasia.

Carr warned lawmakers that although the legislation always starts off being targeted for use by a specific group of people, extension laws always follow. This has been seen in other jurisdictions like Belgium, the Netherlands, and Canada, where euthanasia has also been legalised in different ways.

“It’s done in the name of equality,” she said. “So if you introduce a law in this state for those with only terminal illness, I’ll tell you what will happen next is people with other conditions will want to be included in that definition.

“And that’s already happening. The law hasn’t even been enacted to its full extent in Canada yet, but already people with dementia or impending dementia are calling for that extension. Some disabled people are calling for it, ‘You’ve excluded us.’

“By an incremental creep, it will extend. As I say, it’s discriminatory for it not to. It’s either a right for no one or a right for everyone, and that’s where it goes. Laws should be about protecting the majority and safeguards are difficult,” she said.

Dr. Rachel Carling, who was a Victorian MP at the time the bill was being debated, told The Epoch Times that she was alarmed that her colleagues in the Greens party had not been allowed a conscience vote on the Victorian bill.

“The Greens do not have a free vote on so-called social issues like abortion and euthanasia,” Carling-Jenkins said. “They must vote the party line which is anti-life, at least anti-human life.”

She said that she did not support the government’s bill and would never support a bill to introduce euthanasia under any circumstance. She outlined a number of concerns with the bill, including that there is no definition of suffering in the legislation. “There is absolutely no requirement for the person to be experiencing pain or other physical symptoms.”

There is “nothing to exclude forms of existential suffering such as loss of autonomy, lack of capacity to enjoy former hobbies, feeling a burden on family or financial concerns to be the only suffering experienced,” she said.

Palliative care experts also voiced their opposition to the Victorian legislation. They say those ready to turn to assisted suicide had likely been scarred by experiences where their loved one did not get quality palliative care.

Dr. Mark Yates, a geriatrician and clinical associate professor at Deakin University, told The Australian that “expert palliative care” can almost always meet the pain and psychosocial needs of those nearing the end of their lives.

“Lots of patients express the wish to die at the very end of their life, which is symptomatic of the fact that their needs aren’t being met,” Yates said, referring to the psychosocial needs of patients. “If we had ­appropriate palliative care, then all of those needs could be met … expert palliative care can almost always remedy that.”

Dr. Karen Hitchcock, a physician at Victoria’s Alfred Hospital, wrote in The Monthy: “Over the 12 years that I have worked as a doctor in large public hospitals, I have cared for hundreds of dying patients. No one has ever died screaming or begging for me to kill them. Patients have told me they want to die. My response to this is ‘Tell me why.’ It is rarely because of pain, but it is often because of despair, loneliness, grief, the feeling of worthlessness, meaninglessness or being a burden. I have never seen a dying patient whose physical suffering was untreatable.”

But Owler told the National Press Club in 2017 that while he is a “passionate supporter” of palliative care, he believes that it “is not the answer for everyone,” give the 5 percent of people for whom suffering at the end of life cannot be relieved. “This is acknowledged within the palliative care community. It is for these people this legislation provides a choice,” Owler said.

Owler revealed in 2017 that the “terrible death” of his father who suffered dementia had factored into his support for “assisted dying,” The Guardian reported.

Carr said that while she can empathise with those on the other side of the debate, she believes that introducing assisted suicide legislation won’t successfully eliminate all the suffering either.

“It’s tough,” she said. “The people who were driven to pass these laws have seen some horrific things, they’ve seen the people that they love die.”

But legislation won’t change that, she said.

“Legislation doesn’t get rid of bad deaths, and assisted suicide isn’t also necessarily a good death. They can be ugly. They’re not always, but they can be. They can take hours—it’s not quick necessarily.

“In the Oregon model, it’s lauded that people get prescriptions. It’s 100 capsules and they can make you sick.

“Death is always going to be messy whether we have assisted suicide laws or not.”

Warning to Other States

Legal experts warn that the passing of “assisted dying” legislation in Victoria sets the precedent for similar legislation to be adopted in other states across the nation.

Queensland and Western Australia are already considering their own “assisted dying” legislation, but not only for the terminally ill. Those states are also open to considering the needs of those with chronic illness or neurological conditions.

After his role in Victoria, Owler also actively lobbied for the federal government to allow Australian territories to revisit their euthanasia laws, The Australian reported.

“What Victoria has may well be a blueprint for other pieces of legislation, but it’s still a matter for each jurisdiction to make up their own mind and so it shouldn’t be a matter of just copying the legislation from Victoria, because everyone needs to look at it, ” Owler told The Australian.

The Victorian government has allocated A$6.5 million over four years to implement the Voluntary Assisted Dying Act. Doctors in palliative care argue that this money is better spent on funding more equitable access to palliative care services.

Correction: This article has been updated with the correction that Dr. Rachel Carling was a Victorian MP and not a senator in Victorian parliament. The Epoch Times regrets the error.