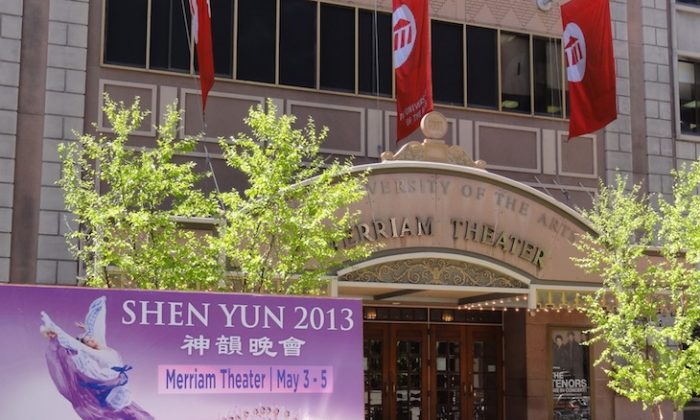 Architect Loves ‘Vibrance of the Color’ in Shen Yun

PHILADELPHIA—Shen Yun Performing Arts graced the stage at the Merriam Theater in Philadelphia for its second show of five on Saturday afternoon.

Architect David Barisa was taken in by all the colors in the performance.

“I love the vibrance of the color. It draws you in and keeps you focused.”

Shen Yun, a New York-based performing arts company, features some of the world’s foremost classically trained dancers, a unique orchestra that blends Western and Eastern instruments, and many other features that make it unique.

Each Shen Yun performance features hundreds of colorful handmade costumes, as well as breathtaking scenes in the animated backdrops accompanying the dance performances.

Mr. Barisa admired how the colors and costumes enhanced the performance.

According to the Shen Yun website, in creating the costumes, Shen Yun’s costume artists collect countless designs of traditional attire from China’s history and culture.

“They use bright colors to tailor and recreate hundreds of new pieces each season. Every detail is given meticulous attention and is a result of artistic inspiration and careful polishing,” reads the Shen Yun website.

Besides the beautiful scenes created by the artists on stage, Mr. Barisa said he was also interested by the culture.

Shen Yun has a mission to revive China’s true, divinely inspired culture and share it with the world, according to its website.

“You get to see the culture, you get to hear the different types of music, and that’s what I was coming for.”