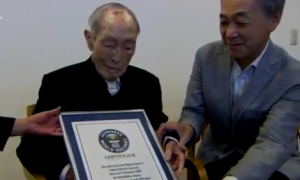 The oldest-known European Christian church in the tropics was recently excavated. Located on the island of Santiago in Cabo Verde, off the coast of West Africa, the church was originally built by Portuguese colonizers around 1470.

Christopher Evans, Director of the Cambridge Archaeological Unit, said, “We’ve managed to recover the entire footprint-plan of the church, including its vestry, side-chapel and porch, and it now presents a really striking monument.”

Along with the buildings, archaeologists uncovered multiple tombstones of local nobles. There’s also a very crowded cemetery underneath the floor of the church. It contains over 1,000 bodies, about half of the bodies are African with the other half hailing from all across Europe.

Researchers hope that by studying the human remains they’ll be able to get a more complete view of Cabo Verde’s unique social hierarchy during and immediately after colonization.

Discovered among the ruins of the multiple-island nation’s former capital, Cidade Velha, the church is also believed to be the oldest “formal European colonial building” in sub-Saharan Africa. Cidade Velha was once distinguished as one of the wealthiest cities in all of the Portuguese empire due to its prominence in the transatlantic slave trade.