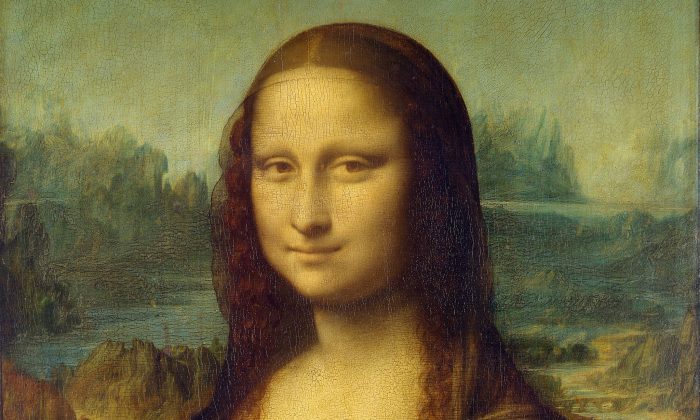 A team of researchers seeking to unveil the true identity of the mysterious model who sat for Leonardo da Vinci’s world renowned painting, “The Mona Lisa,” say they have found bones of the woman with the enigmatic smile.

Archaeologists working in Florence, Italy, said in late September that they have fragments of bone which they are certain belonged to Lisa Gherardini Del Giocondo—the woman thought to have sat for da Vinci’s famous painting. But the remains cannot be DNA tested due to their decayed condition.

The Life and Death of ‘La Gioconda’

The team of researchers has been working since 2011 to determine through genealogy, carbon dating, and genetics if the model of the painting was Lisa Gherardini, known today as “La Gioconda.” Gherardini was a silk merchant’s wife in Florence who lived across the street from da Vinci in the early 1500s. It is believed her husband commissioned da Vinci to paint her portrait in 1503.

Gherardini died a widow and was likely buried in a grave inside the medieval Convent of Saint Ursula in Florence in 1542, according to Discovery News. A dozen bodies were exhumed in the quest to find what might have been Lisa Gherardini, and carbon dating on the remains revealed all but one were too old to be her.

As reported by The Express Tribune, research leader and historian Silvano Vinceti said the work was “a coming together of elements, from anthropological exams to historic documents, which allow us to conclude that the remains probably belong to Lisa Gherardini.” But confirmation is not possible in this case as the remains are too deteriorated from years of exposure to humidity within the burial vault.

If it were possible to extract the DNA from the remains at the convent, scientists would have compared it to the DNA of Gherardini’s children, who are buried in the family tomb.

No facial reconstruction could be done on a skull to potentially confirm if it matched the face in the painting.

Skepticism Over the Claims

Not all are pleased with the recent claims and the quest to prove the physical identity of da Vinci’s elusive model, calling it a waste of time and resources. In a Forbes article, bioarchaeologist Kristina Killgrove calls the hunt for the bones of the Mona Lisa a “publicity stunt, not science.”

I can’t think of any scientific reason to pour so much money and effort into finding the skeleton of a woman who posed for a (famous, admittedly) painting.
— Kristina Killgrove, bioarchaeologist

Killgrove writes: “By all accounts, Gherardini lived a quiet, ordinary life, and it’s unfortunate that she cannot have a quiet, ordinary death. I can’t think of any scientific reason to pour so much money and effort into finding the skeleton of a woman who posed for a (famous, admittedly) painting. …

“Exhuming Lisa Gherardini and studying her bones will sate our need for osteo-biographies of famous people of the past. And it will almost certainly bring more tourist dollars to Florence, especially if the skeleton goes on display. But it won’t contribute anything substantial to forensics, archaeology, or art history. Vinceti’s quest to dig up the ‘real’ Mona Lisa is not grounded in scientific research methodology.“

Over the years, several theories have surfaced as to the true identity of the model of the Mona Lisa, although most experts favor the Lisa Gherardini theory.

Da Vinci himself spoke of a portrait done on a Florentine lady “at the request of the magnificent Giuliano de Medici,” but no connection to the Medici family and Lisa del Giocondo was ever made, so it’s thought he may have been referring to another model.

Historian and author Maike Vogt-Lüerssen believes that the sitter was Isabella of Aragon, the Duchess of Milan, as da Vinci was court painter for the Duke of Aragon for 11 years.

Writer Angelo Paratico speculates that the model was da Vinci’s own mother, who Paratico believes was a Chinese or Middle Eastern slave.

The secrets of da Vinci’s painting and Gherardini herself seem as elusive as ever, and by the look on the face of the unmistakable model, that seems to suit Mona Lisa just fine.

Liz Leafloor
Follow
Liz Leafloor is an Editor, Writer, Blogger and Designer based in Canada. Having worked in online media for years, Liz covers exciting and interesting subjects like spirituality, history, science, archaeological discoveries, life and death, and the unexplained. She is an editor for popular archaeology and history site Ancient-Origins, and contributing blogger for international news media organization Epoch Times.