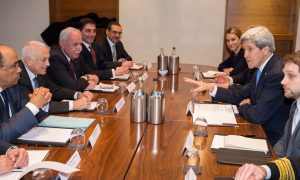 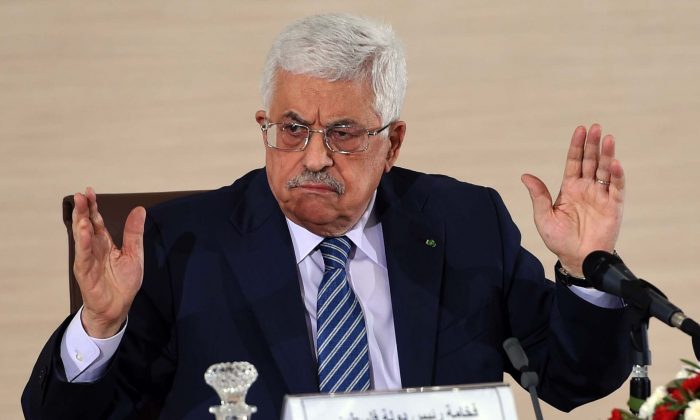 UNITED NATIONS—Arab ambassadors met Monday to discuss Palestinian amendments to a U.N. resolution that would call for an end to Israel’s occupation within three years, a move vehemently opposed by Israel.

Palestinian President Mahmoud Abbas said the revised resolution would be submitted Monday and voted on Tuesday.

Israel’s Prime Minister Benjamin Netanyahu said Monday that if the Security Council doesn’t reject the resolution “we will.”

The Palestinian Authority is “seeking to impose on us a diktat that would undermine Israel’s security, put its future in peril,” Netanyahu said in a statement. “Israel will oppose conditions that endanger our future.”

Jordan’s U.N. Ambassador Dina Kawar, the Arab representative on the Security Council, told reporters as she headed into Monday’s closed-door meeting that Jordan would have liked more consultations among the 15 council members but respects “very much” that the Palestinian situation is difficult.

“We will be doing what the Palestinians want and in conformity with the Arab League,” she said.

The Security Council is almost certain to reject a resolution with a timetable to end Israel’s occupation. Even if the resolution musters the minimum nine required “yes” votes, the United States, Israel’s closest ally, will likely veto it. The U.S. insists there must be a negotiated solution to the Israeli-Palestinian conflict.

Netanyahu said Israel expects “the international community — at least the responsible members of that community — to oppose vigorously this U.N. diktat, this U.N. Security Council resolution because what we need always is direct negotiations and not imposed conditions.”

Palestinian U.N. Ambassador Riyad Mansour has said the Palestinians can’t return “to the same cycle of failed negotiations,” which he says Israel uses to entrench its occupation. He has urged international support for the resolution setting a deadline for a complete Israeli withdrawal.

The Palestinians circulated a draft on Oct. 1 asking the council to set a deadline of November 2016 for an Israeli withdrawal from all Palestinian territory occupied since 1967. France had been working for a U.N. resolution aimed at restarting Israeli-Palestinian peace negotiations, setting a two-year deadline for success.

Palestinian official Saeb Erakat said Sunday that the amended resolution calls for ending the Israeli occupation within three years and establishing a Palestinian independent state within the 1967 borders with East Jerusalem as its capital. He said it also calls for solving the problem of Palestinian refugees in accordance with U.N. resolutions and the release of Palestinian prisoners in Israeli jails.

From The Associated Press. AP Writer Ian Deitch in Jerusalem contributed to this report.