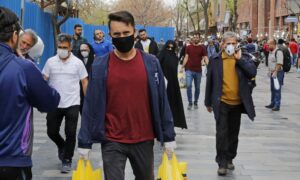 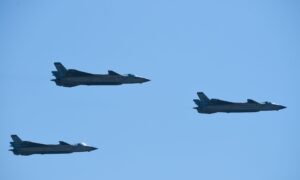 How We Won the Cold War, but Are Losing This Time
0 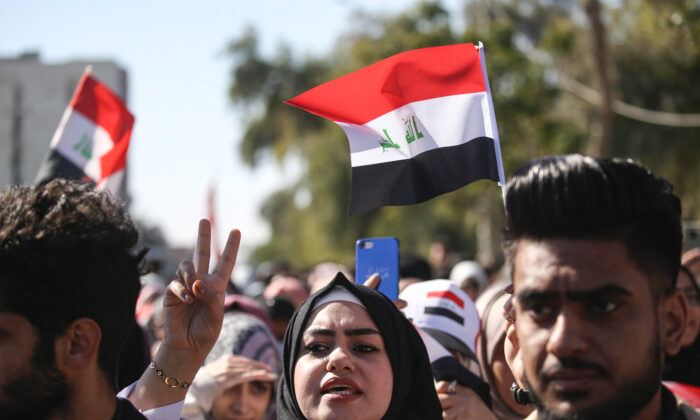 Anti-government protesters chant slogans as they march with national flags during a demonstration in the central Iraqi holy shrine city of Karbala on Jan. 26, 2020. (Mohammed Sawaf/AFP via Getty Images)
Viewpoints

Arab World Still in Turmoil With Hopes for Freedom

Since the “Arab Spring” began with protests in Tunisia at the end of 2010, there has been a ferment for change. So far, three dictators have been toppled—Hosni Mubarak and Mohamed Morsi in Egypt and Ben Ali in Tunisia—and have been replaced by interim governments (with a striking resemblance to the previous ones).

There is a civil war in Libya. There are demonstrations throughout the Middle East, and indeed throughout the world, driven by mass movements demanding greater freedom.

But there are also many demonstrators who want more rigid governmental control, typically inspired by fundamentalist Islamic codes that would dramatically worsen the civil rights of women, members of other sects and faiths, and more liberal Muslims.

It’s a fight, with enormous stakes for the people involved and for the world at large. The war in Libya, along with the virtual civil war in Iran, give some sense of the intensity of the conflict.

Perhaps there will be structural changes in the Middle East—people are working on new constitutions all over the place—but they haven’t yet taken place. In any case, the “new order” may eventually not resemble the dreams of the democratic demonstrators, nor of those who dream of a new caliphate.

No one can predict what the world will look like in a few weeks, let alone months from now, any more than anyone anticipated the current situation.

This is quite normal, by the way. There is a widespread conceit that pundits or experts can predict events of great import, such as revolutions, but while it is certainly possible to diagnose a “revolutionary situation,” we are invariably surprised when it actually happens.

This was the case with the Soviet empire, for example. Several of us predicted its downfall, but none of us could put a precise time frame on it, and when it finally happened, we were surprised at both the timing and the form it took (implosion rather than explosion).

Nonetheless, we can certainly dispense with at least three widely accepted views of the Middle East, which have been effectively demolished on the ground:

First, the myth of the “Arab Street,” according to which the Arab masses are somehow unmoved by the desire for freedom, and inevitably—as if it were a genetic imperative—rally around one strong man or another. We have seen huge numbers of Arabs willing to take enormous risks to remove their strong men and create a freer and more just polity.

Second, the misguided notion that the Arab–Israeli conflict is the central issue in the Middle East. None of the revolts—whether in Arab countries or in Iran—was inspired by a demand that the regime act more forcefully in the “peace process” or do more for the Palestinian people. The uprisings were aimed at removing hated regimes.

Third, contrary to the conventional wisdom, according to which revolutions are desperate acts of people in dire economic straits, the Tunisian uprising—the first in the Arab countries—came under generally good economic conditions (the best in the region) and was led by men and women from comfortable circumstances. True, the proximate cause of the uprising was the self-immolation of a young man prevented from selling vegetables on the streets, but the regime was toppled by demands for greater freedom and less corruption, not for bread for the hungry.

With rare exceptions, revolutions are acts of hope, not a last, desperate throw of the existential dice. It is no accident that most revolutions and revolts are carried out by young people full of hope and hormones. The hope transcends national and regional boundaries as well as ethnic and religious divides, as we see today: Sunnis and Shi’ites, and even Ibadhis (in Oman) have demanded freedom and justice.

The Chinese regime, which knows a thing or two about revolution, was quite prepared to believe that revolutionary passions had spread to China, and cracked down quickly and viciously at the first sign of young Chinese organizing their own pro-democracy movement. We will no doubt see more such protests in the future. And the passions for liberty and virtue are very much on display in the United States.

Michael Ledeen is freedom scholar at Foundation for Defense of Democracies. He has served as a consultant to the National Security Council and the departments of State and Defense, and as a special adviser to the Secretary of State. He is the author of 35 books, most recently “Field of Fight: How to Win the War Against Radical Islam and its Allies,” co-authored with retired Lt. Gen. Michael T. Flynn.