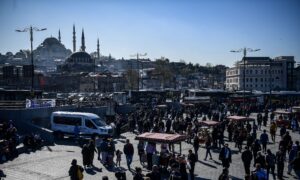 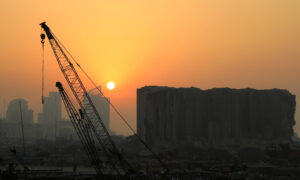 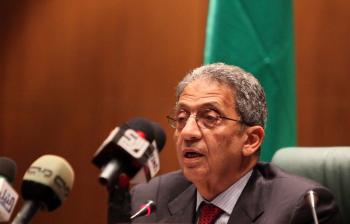 Secretary General of the Arab League Amr Mussa. The League has given support to a resumption of peace talks between Israel and Palestine. (Mahmud Turkia/AFP/Getty Images)
Middle East

By Genevieve Belmaker
Print
JERUSALEM—Proximity peace talks between Israel and the Palestinians are due to start this week. On Saturday night, the Arab League of States gave its public endorsement of the talks. Arab support came after U.S. Secretary of State Hillary Clinton announced that the talks would resume during a Friday press briefing with Kuwait’s Deputy Prime Minister Muhammad al-Sabah. Syria and Lebanon are withholding support for the talks.

The talks will not be face-to-face, but will be facilitated by the United States.

“Ultimately, we want to see the parties in direct negotiations and working out all the difficult issues,” said Clinton during the Friday press briefing. She said the talks will resume pending the return of George Mitchell, the U.S.’s special envoy to the Middle East.

Clinton made a final rally of support for peace talks as late as last Thursday night at a speech to the American Jewish Committee’s annual dinner, emphasizing the importance of Israel’s security.

"Israel's right to exist is non-negotiable and no lasting peace is possible unless that is accepted," said Clinton during her speech. "Regional peace must begin with the recognition by every party that the United States will always stand behind Israel's security."

But the Obama administration gave its support, it has also made a point of noting that any talks need to yield tangible results. According to information obtained from senior Israeli officials by the Israeli newspaper Haaretz, President Obama has told several European leaders that if the talks aren’t concluded by September or October, he will convene an international summit on achieving Mideast peace.

During the Friday press briefing, Clinton reiterated the need for a two-state solution, adding that talks are necessary for the Middle East to “realize its full potential.”

The United States is seeking a two-state solution that will be negotiated by both parties and result in an independent Palestinian state based on 1967 lines. The United States also says that there should be swaps that guarantee Israel’s goal of a Jewish state.