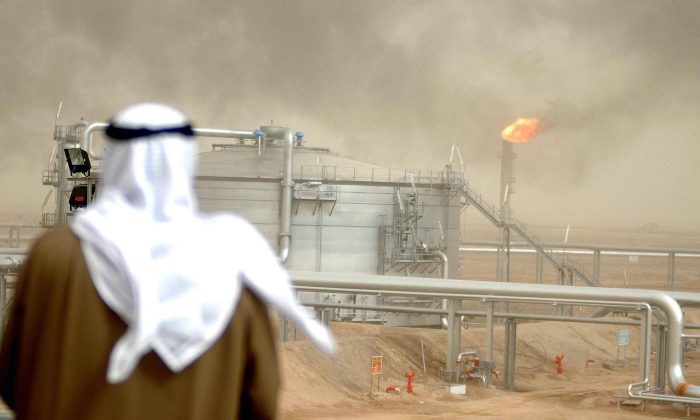 What might decreasing oil revenues mean for the Persian Gulf oil states? With low crude prices, high supply, and global economic challenges, it is natural to wonder whether the level of dependence on petrodollars by Saudi Arabia and the other Gulf Cooperation Council (GCC) countries bodes ill for their future.

Perhaps the most predictable outcome of the current oil glut is that it spells doom for the Arab oil monarchs, who will no longer be able to provide their citizens with massive payouts and social welfare benefits. However, a look at the realities of the GCC states—Bahrain, Kuwait, Oman, Qatar, Saudi Arabia, and the United Arab Emirates—shows this outcome is far from certain.

Instead, as petrodollars become less of a global force amid specific domestic policy dilemmas, changes are likely to be more noticeable on the regional and global levels.

As petrodollars become less of a global force amid specific domestic policy dilemmas, changes are likely to be more noticeable on the regional and global levels.

As one expert notes, the oil monarchs’ endurance is grounded in a tight royal family elite who have options for political reform that can keep kings in power even if oil revenues fall. Another recent study observes the importance of stable, coercive state institutions that remain linked to Arab leaderships when a successful dynastic transfer of power occurred, as has been the case in most Gulf Arab states.

A third relevant point here is that Arab Gulf oil states have already been planning for decades to shift to less petro-driven societies. The United Arab Emirates has, for example, become a global center of air traffic, trade, and tourism.

The current disappointments, instability, and regional threats after the 2011 Arab uprisings, while not eliminating anti-regime protests, make many Arab citizens value stability over foment.

These strategies may accrue the added benefit of branding particular Gulf states’ putative post-oil identities, such as Qatar’s reputation as a foreign policy and international mediating actor.

Finally, the current disappointments, instability, and regional threats after the 2011 Arab uprisings, while not eliminating anti-regime protests, make many Arab citizens value stability over foment, as appears true for Egyptians under President Abdel Fattah el-Sissi.

Yemen Factions Gear Up for Key Battle Over Central Province

Thus, even if major challenges persist—such as youth malaise in Saudi Arabia or hostility between Sunni and Shiite citizens of Bahrain—decreasing fiscal benefits from oil would likely not mean the end of Gulf Arab monarchies.

No Loss in Regional Role for Arab Gulf States Seen

Externally, GCC states have been characterized in recent years by a combination of efforts to assert influence abroad and internal rivalry. Arab Gulf countries have used their global economic prominence to influence Middle Eastern events. For example, Qatar has fostered media, like Al-Jazeera, and supported universities that have influenced regional and global political debates; the country also took direct roles in the Libyan and Syrian conflicts.

At the same time, individual Gulf states have used their ample coffers to pursue different approaches to key issues, such as Saudi and Qatari disagreement on whether to fund strong Islamist political groups in Egypt and Syria.

The Military Gambit Behind Putin’s Arctic Ambitions for Russian Oil

Amid a generally more unstable regional climate, declining petrodollars may affect the level of engagement and intraregional squabbles of Gulf Arab countries. This is perhaps most evident in the recent policies of Qatar’s young new emir. Qatar has pared back some of its transnational involvement and decreased funding to the Qatar Foundation, its major entity coordinating educational and research production.

Since state fragmentation, socioeconomic discontent, and challenges such as ISIS and the refugee crisis are only intensifying in the Mideast, Gulf states are unlikely to rest easy any time soon.

Moreover, Qatar has brought its foreign policy priorities more in line with those of other GCC members, particularly Saudi Arabia. The Saudis have taken on a new costly regional policy initiative in their war in Yemen, and a campaign to limit Iranian global influence if the nuclear deal goes forward. Yet this level of engagement is likely to be pared back gradually, as we are seeing with Qatar.

Since state fragmentation, socioeconomic discontent, and challenges such as the threat of the ISIS, and the refugee crisis are only intensifying in the Middle East, Gulf states are unlikely to rest easy in their regions any time soon.

First, the sheer number of foreign migrant workers in GCC countries, mostly from South and Southeast Asia, will decrease, albeit gradually. This is not an easy shift, given how much Gulf citizens depend on noncitizen labor in the construction and service industries. As the intense infrastructural growth and urban expansion in the GCC starts to wane, the challenge of facility support and maintenance will remain great, still necessitating a large external labor force.

The Middle East is not getting any calmer politically, and GCC economic vulnerability will make for some real adjustments in global dynamics.

Yet, reductions will occur, and these reductions should make Gulf states’ relations with Asian governments more grounded in actual policy issues of mutual concern, rather than mainly on concerns arising from worker mistreatment.

Second, the Gulf states will have little alternative but to continue depending on external security support, presumably the United States. In the past few years, dissension over Iran and other issues has led Saudi leaders to signal decreased policy alignment with Washington. If petrodollar coffers dwindle, Gulf states will have less ability to pursue regional initiatives at odds with more dominant military powers. In the medium run, this suggests that the GCC, whether it likes it or not, is stuck with the United States.

But what if energy diversification and the oil glut make the United States feel that it is no longer stuck with the GCC? Although this scenario is unlikely, GCC worries that the United States may turn away from Gulf Arab allies, along with Iran’s possible growing influence in the region, may encourage it to find ways to intensify, and avoid duplication in, its foreign policy involvements.

This third likely consequence of decreasing petrodollars might even take the form of new transnational entities that could heighten the potential for Iran to be a regional partner, rather than an antagonist.

In short, Arab Gulf states may have a lot more staying power even in relatively lean times than a simple link between oil revenue and stability would predict.

Still, the Middle East is not getting any calmer politically, and GCC economic vulnerability will make for some real adjustments in global dynamics. Thus, whatever happens with Iran or elsewhere in the region, this is not a time for Washington or the Gulf states to pivot away from one another, which I suspect leaders on both sides believe.

David Mednicoff is an assistant professor of public policy, director of accelerated degree programs at the Center for Public Policy and Administration, and director of Middle Eastern studies at the University of Massachusetts–Amherst. This article was previously published on TheConversation.com