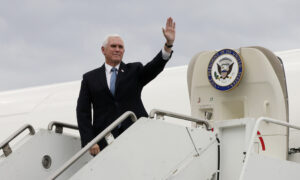 Aquino caused Parkway Hospital to make $60,000 in payments to Adex Management Inc., a company in which Sen. Kruger had an interest. Aquino “understood that in exchange for making the payments to Adex, Sen. Kruger would undertake official action in his capacity as a member of the New York State Senate to help keep Parkway Hospital open,” according to the U.S. attorney’s office.

The firm was used as one of several front companies for funneling bribes, according to the FBI.

Sen. Kruger was sentenced to seven years in prison on April 26 for his involvement in “bribery schemes,” in which hundreds of thousands of dollars were accepted by Kruger “in exchange for taking official actions,” according to the FBI’s New York field office.

Parkway Hospital was eventually shut down in late 2008.

Aquino’s four-month sentence, and two years supervised release, is less than both Sen. Kruger’s seven-year sentence and Michael Turano, a closer partner of Sen. Kruger’s, two-year sentence. Three other associates are scheduled to be tried this year, two in May, and one in September.

“This office remains committed to breaking the chains of corruption that weigh down New York politics,” said Manhattan U.S. Attorney Preet Bharara in a release after Aquino pleaded guilty in January.