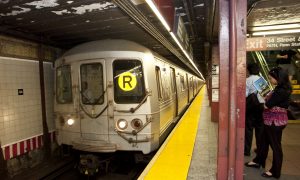 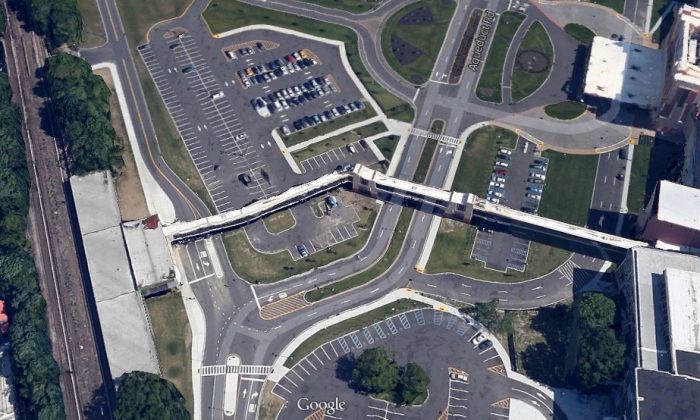 In this screenshot, a foot bridge can be seen linking the A train subway station and the Resort World Casino in Queens. (Google Maps)
News

NEW YORK—A trip to the Resort World Casino in Queens is now a breeze, 24 hours per day.

The Manhattan-bound side of the station has been under construction since the spring of 2011. The new station is linked directly to the casino with a covered, temperature-controlled footbridge which runs above the casino parking lot. The footbridge is only available on the Manhattan-bound side of the station. Riders going in the other direction can still get to the casino from the Aqueduct/N Conduit station via a free shuttle or a 10-minute walk.

The station reopened due to demand from casino patrons and workers, according to Deidre Parker, an MTA spokesperson.

“It made my life a lot easier,” James Oliverio, 63, a retired transit worker from Brooklyn and a casino patron told Daily News. “This is a 500 percent improvement.”

Genting Group, which owns the Resorts World Casino, was in charge of building the footbridge. The structure and the associated station work cost the company $15 million.

“This new addition will not only benefit casino patrons, but the hundreds of commuters that use the A train,” Councilman Eric Ulrich stated in a press release.