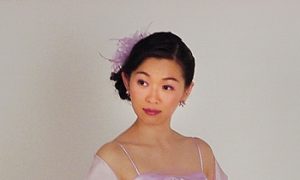 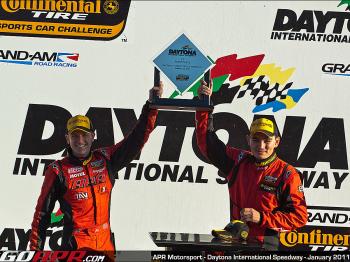 By James Fish
Print
APR motorsports returned to Grand Am’s Continental Tire Sports Car Challenge on the same victorious note with which they closed the 2010 season, winning the ST class at the Grand Am 200 at Daytona International Speedway Friday, Jan 28.

Using the new Volkswagen GTI MK 6 which the team developed during the last half of the 2010 season, veteran APR driver Ian Baas and recent addition Ryan Ellis led from flag to flag

Kevin Gleason got collected in an incident in the Bus Stop chicane during practice and the car was too badly damaged to fix at the track. Ryan Ellis managed to put the #171 on the pole with a new ST class record in his first outing for APR.

Ellis managed to hold onto the lead through the first half of the race, despite fierce pressure. “About half way through my stint, I really had to pull out all of the stops and take full advantage of lapped traffic, drafting on the banks and find all of the available clean air in the infield. APR Motorsport did a fantastic job of preparing our new race car and I’m glad they did as it took everything I had to keep the competition at bay,” Ryan said in an APR statement. Ellis pitted on lap 29 and handed the car off to Ian Baas, who rejoined the race in ninth. APR motorsports director Jeff Mishtawy had the APR on one-stop pit strategy, while the eight cars ahead were planning two stops. Baas kept ahead of the other cars on similar strategies while waiting for the leaders to pit. Patience paid off and on lap 46, Baas and the APR VW inherited the lead. Baas spent the next several laps trading that lead four times with Adam Pecorari in the #24 V-Pack Motorsports BMW. Baas got by for the final time on lap 57; on lap 58 Pecorari lost control while trying to get the lead back, brining out a yellow flag.

The race restarted on lap 60, but Baas didn’t have to defend his lead for long. On the next lap a multi-car accident in Turn Six brought out another yellow which lasted through the final lap of the race.

“That was some intense racing,” Baas said after the race according to an APR release. “That BMW was just all over me. I was so surprised I was able to keep taking the lead back every time. What an amazing car the team gave Ryan and I for the opener.”

Adam Pecorari ended up 25th in class. Interestingly, one of his co-drivers, Aaron Povoledo, was Ian Baas’ co-driver in the #91 APR GTI which won at Miller Motorsports Park in the 2010 season finale.

The next race in the Continental Tire Sports Car Challenge series will be the Barber 200 at Barber Motorsports Park in Birmingham, Alabama on April 7.