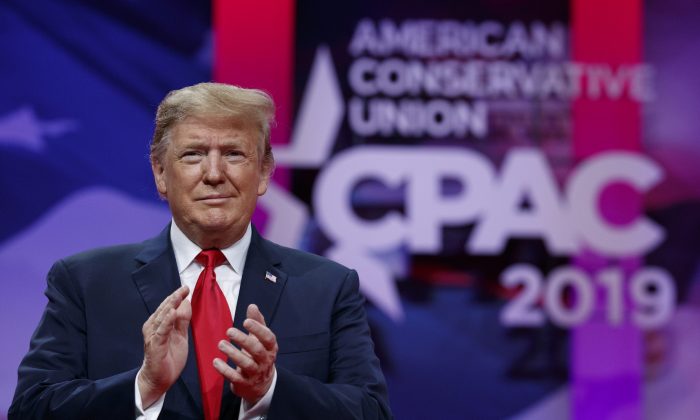 Approaching Each Other With Respect, Even When We Disagree

As Democrat after Democrat races farther and farther left at unprecedented speed, we should pause to consider how we got here. The latest flirtation with socialism is a movement, and movements have leaders.

History tells us that leaders of revolutionary movements emerge from chaos, or something closely akin to it, and that rise speaks more to the particular conditions of the day and the mood of the populace than the leader’s own skill, charisma, or ambition.

Oh sure, skill, charisma, and ambition play a role—they are necessary prerequisites. But there are a lot of smart, charming people in the world with lofty goals. The lottery of history makes for some interesting, unexpected choices.

Why does Washington, a rather unsuccessful planter, emerge to lead a young America, rather than a rich, powerful merchant such as Hancock? How does Lincoln, a rustic, eccentric lawyer from the hinterlands, rise to lead a brand-new political party to victory in only its second presidential election? On the other end of the spectrum, how does an odd, obscure Austrian corporal manage to lead a nation heretofore renowned for its culture and contributions to civilization? The answer is the same in each case: Their times selected them.

They are both accidental leaders of their particular movements. Neither was taken seriously until voters in their respective parties—to everyone’s surprise—nominated them for positions of responsibility. Both are charismatic, in their own way. They are flip sides of the same coin, a coin stamped out by great dissatisfaction with the American system of governance.

By this, I don’t mean that Americans are unhappy about living in a constitutional republic governed by duly elected representatives. They are, and have been, for quite some time, depressed and/or disgusted by what is perceived to be the hypocrisy, deception, and selfishness practiced by so much of the ruling class.

I am reasonably certain that Americans have been making fun of politicians since the first delegates were voted into the Virginia House of Burgesses in the 17th century. Yet, there is something different about the disdain directed toward them today. There was a time when the phrase “loyal opposition” had meaning in U.S. politics. It denoted a situation whereby the party out of power was expected to treat the best interests of the nation with something approaching the best interests of the party. Even two diametrically opposed personalities like Bill Clinton and Newt Gingrich could figure out a way to put aside party as recently as a couple of decades ago. Those days are long gone, vanished following a contentious presidential election in 2000 and the terror attacks in 2001.

So here we are, in a place that neither party, for all their experts and polling and crafted messaging, ever imagined. The Republican Party has become—kicking and screaming all the way—Trump’s party. Why? Because conservatives and libertarians didn’t see a whole lot of difference between elephant and donkey in 21st-century America. Because they were sick of politicians who massaged every word so as to never give offense. Because they had become fed up with focus groups, and robocalls, and a media that appeared to them to be in the pocket of the Democratic Party.

Brash, plain-speaking, and unapologetic about himself or his message, Donald Trump was a breath of fresh air on the right. The fact that the old guard of the Republican Party despises Trump just makes him that much more attractive to his base.

The Democrats are, in effect, becoming Ocasio-Cortez’s party now, albeit with much less of the kicking and screaming. Why? Because liberals don’t trust the Democrats’ old-guard either. Because so many younger voters sincerely don’t see anything wrong with socialism. Because they were disgusted by a party whose nomination process virtually guaranteed their candidate of choice, Bernie Sanders, couldn’t win, no matter how popular he was. Because they believe that Trump’s election was a disaster for the country and they’re looking for new leaders to move the progressive left in a radical, and, in their eyes, more effective direction.

Brash, plain-speaking, and unapologetic about herself or her message, Ocasio-Cortez was breath of fresh air on the left. The fact that the Democratic old-guard are afraid of her just makes her that much more attractive to progressives.

The difficulty the right is having with Ocasio-Cortez and the “woke” presidential contenders that her rise has spawned is the same problem the left is having with Trump. The old rules no longer apply. You can’t out-Trump Trump. He’s a counter-puncher and his base loves him for it. Similarly, attempting to demonize and smear Ocasio-Cortez or her ideas is only going to reinforce her popularity or that of her ideas.

Trump supporters, above all, believe the president is sincere. Ocasio-Cortez’s supporters believe the same of their champion. I believe both are actually sincere. The difference, for me, is that I believe Trump’s policies are right far more often than they’re wrong. While I feel the policies Ocasio-Cortez advocates are often wrong, I believe she’s sincerely wrong in supporting them.

That’s an important distinction. It’s one thing to denounce a snake-oil salesman as a fraud; it’s quite another to attempt to demonize an itinerant preacher who honestly believes she has found the true path to salvation. That’s why I think it’s important to engage Ocasio-Cortez and liberals of her ilk. Unfortunately, when they talk so confidently about socialism, Medicare for all, and the benefits of renewable energy, they are speaking from positions of ignorance. That’s understandable, given the sorry state of higher education in this country.

If we’re going to affect the hearts and minds of others who honestly maintain positions with which we disagree, then we must heed the message that politics as usual is dying and attempt to engage in that most elusive of goals in modern-day America: a respectful discussion.

Richard J. Trzupek is a chemist and environmental consultant, as well as an analyst at the Heartland Institute. He is also the author of “Regulators Gone Wild: How the EPA Is Ruining American Industry.”