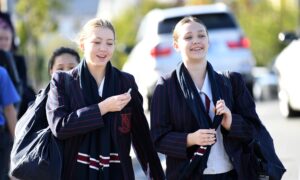 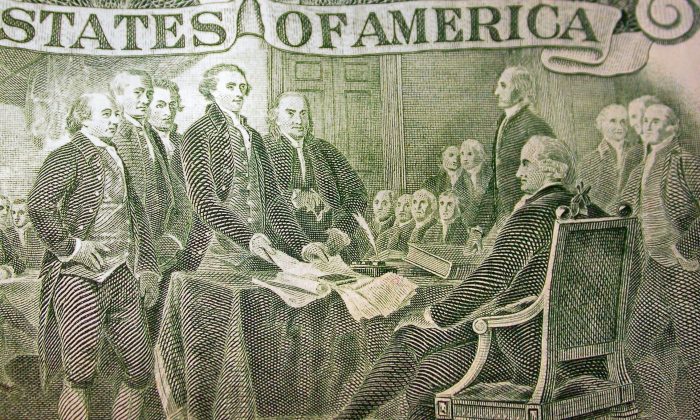 A nation should learn from all the good and bad experiences of its ancestors and from other nations’ histories to avoid making the same mistakes that others did, said Dustin Bass, founder of The Sons of History.

People have human nature, and what happened 10, 100, or 1000 years ago can and still happens today because people have the same emotions and tendencies they’ve always had, the founders explained on the organization’s website.

If people get rid of their history, get rid of all lessons—wisdom, knowledge, and understanding of their ancestors—they will have to rely on the guiding hand of a few individuals in the government who promised to protect and take care of the rest–and it is dangerous, Bass said on Epoch Times’ Crossroads program.

Wiping out history can be compared to a state where a person wakes up in the morning without any prior memory of “where the coffee pot is, where the groceries are … [and] how to cook,” Bass said. Being in such a state “you have to have somebody do everything for you–that’s a real danger,” he added.

“It is [also] equivalent to disregarding your parents as fools,” Bass said explaining that if children do not listen to their parents and figure out everything on their own from scratch they are going to make all the mistakes that they could have avoided had they just listened.

On the scale of a nation, it will “make the same mistakes that all these nations have made in their past … either out of fear, out of distrust, out of want, out of poor economic decisions,” and it will suffer all the consequences of those mistakes, Bass continued.

“It is the same [as] with our personal history. If we decide we are just going to disregard all of those stories, we do a great disservice to us,” Bass said.

In his first executive order, President Joe Biden rescinded President Donald Trump’s two executive orders, one that banned the Marxist-invented Critical Race Theory in federal training and another one that created the 1776 Commission, which sought to move U.S. education away from a radical curriculum that unduly emphasized race-related injustices of the past.

The goal of creating the 1776 Commission was to “enable a rising generation to understand the history and principles of the founding of the United States in 1776,” Trump’s executive order states.

The 1776 Commission’s final report described Critical Race Theory as “a variation of critical theory applied to the American context that stresses racial divisions and sees society in terms of minority racial groups oppressed by the white majority.”

“The whole idea of race is starting to come into play in order to disregard or discount or disavow people who have gone before us” because they said something, or did something, had a view that was consistent with what the worldview was at their time, Bass said adding that everything is now justified on the basis of race, or gender.

He provided an example of a media headline accusing Rudyard Kipling of racism and said that the younger generation will not read Kipling after seeing such a headline. Anytime someone is accused of being a sexist, a xenophobe, or a racist, it is telling the younger generation, “if you read them, you are equivalent to that person or you are praising that person,” Bass said.

A lot of such statements cannot be proven or are made up, Bass said. To illustrate it, Bass provided an example of Howard Zinn who wrote a very popular history book used in schools that mischaracterized Christopher Columbus as a proponent of slavery.

Mary Grabar, Ph. D. a resident fellow at the Alexander Hamilton Institute for the Study of Western Civilization and the author of “Debunking Howard Zinn: Exposing the Fake History That Turned a Generation Against America,” said in an interview with the Epoch Times that Zinn manipulated quotations in his book to make them mean the opposite of what their authors intended.

Another example of disavowing people of the past on the basis of race is NPR’s article that advocates “decolonizing your bookshelf,” Bass said. He explained, “That means get rid of any white people on your bookshelf, or fewer. Or you should be ashamed of having so many white authors.”

We should not get rid of works of William Shakespeare because he was white, Bass said adding that Shakespeare‘s “Macbeth” “is a life-changing story.”

“If you can have diversity in thought and come together and discuss in a civil manner, that is a great strength,” Bass explained. But “diversity for the sake of diversity, while at the same time demonizing an entire other group of people,” is not the greatest strength, he added.

It is important for people to hold to the memories and stories of their traditions for their survival, Bass said.

Bass said that people must recognize that the principles guiding these revolutions are all wrong—on its face. “And this is not progress. This is, to an extent, it’s not even regression. This is demolition,” he added.

And it is not enough to listen to it and not act on it, Bass continued citing what James, a Christian saint, and ancient Greek philosopher Aristotle said.

People should vote with their pocketbooks and feet, Bass continued. For example, people should not attend a sporting event until the participants change or not buy a product until its producer changes, Bass explained.

People who complain saying, ‘I don’t know what’s going on with this country’ and support those who contribute to the situation by buying their products or services, “are benefiting the very things that [they are] against,” Bass said. “That’s sort of counterproductive.”