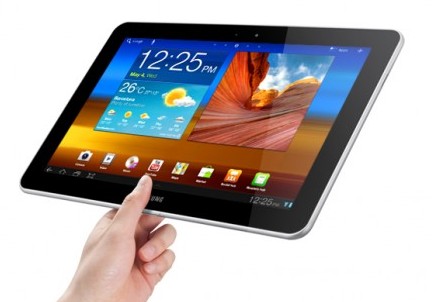 An ad run by Samsung comparing its Galaxy S3 phone to the iPhone 5, a day after the iPhone release. Apple will have to run something similar--in Samsung's favor--if it is unable to convince the U.K. Supreme Court. (Courtesy of Samsung)
Tech

Apple Must Advertise that Samsung Did Not Copy Products, Court Rules in UK

Following the fast and furious smartphone litigation around the world? Good. Even so, this story qualifies as a please-read-while-sitting-at-your-armchair material. There, you’ve been warned.

A British Court of Appeals has upheld a lower court ruling, holding that Apple must run ads in major newspapers and media, as well as its own website and online store, that Samsung did NOT copy Apple’s design. The court ruling went so far as specifying the font size: the text for the ads should run in no less than “14 point Arial”, according to the ruling.

Yes, that’s right. You can read that paragraph one more time. When you’re ready to move on, details continue in the next paragraph.

The ruling means that the only remaining option for Apple in the U.K.–and also its final one–is to take the ruling all the way to the U.K. Supreme Court. Anyone willing to bet on whether Apple will do that?

In July of this year, U.K. Judge Colin Briss made international headlines when he ruled against Apple in Samsung’s favor in one of the many international lawsuits flying back and forth between the two electronics giants. In the UK, Samsung had actually brought the case to court first, asking for a ruling stating that it did not copy any of Apple’s designs.

Samsung’s Products ‘Not as cool’

The judge found in favor of Samsung in what was a precursor to a major trial in the United States a few months later, in which a jury found that Samsung had allegedly copied Apple’s design. The jury judgement set $1.05 billion as the payment that Samsung had to pay Apple. In an ironic twist in that case, however, the California jury also found that Samsung had not violated Apple’s design patents for its Galaxy Tab 10.1, thus overturning the only product injunction in place on Samsung products in the USA, which might require Apple to pay $2.6 million to Samsung as coverage for the previously enforced injunction.

In the original ruling, Judge Briss found that “the extreme simplicity of the Apple design is striking. … It is an understated, smooth and simple product,” Birss wrote, concluding that Samsung’s products “are not as cool.”

Not something Samsung might want to advertise in its promotions, but hey, as long as it gets a lawsuit thrown out and its competitor to apologize (even better), why complain?

In today’s UK ruling by the Court of Appeal, Judge Robin Jacob went into more detail than Judge Briss in his ruling. “The acknowledgement must come from the horse’s mouth,” he said. “Nothing short of that will be sure to do the job completely.”

The verdict means that outside of the massive U.S. jury ruling, both companies have little to show for years of legal warfare and millions of dollars spent on lawyers. In Korea, both companies were found guilty of copying each other’s products and made to pay minor fines. In Japan and Germany, judges found against Apple. In Australia, an injunction against Samsung was reversed by a higher court.

Samsung hasn’t fared that well in its lawsuits against Apple either. The cases it brought against Apple in France and Italy over wireless patents were thrown out.

While the reasons for the ruling from both U.K. courts is unclear, several industry analysts have opined that Apple’s media and PR blitzkrieg against Samsung–as well as overly aggressive language during the litigation–resulted in multiple media copying Apple’s statements against Samsung verbatim, something that the U.K. courts felt that they needed to correct for the public. (There’s something to be said about media publishing one side of the story.)

In the U.K. though, Apple must be seething at the court ruling. And not only because the “14 point Arial” ad text requires runs in face of its typography and design standards.