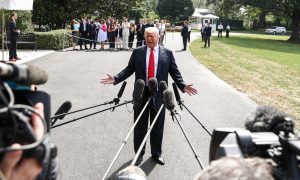 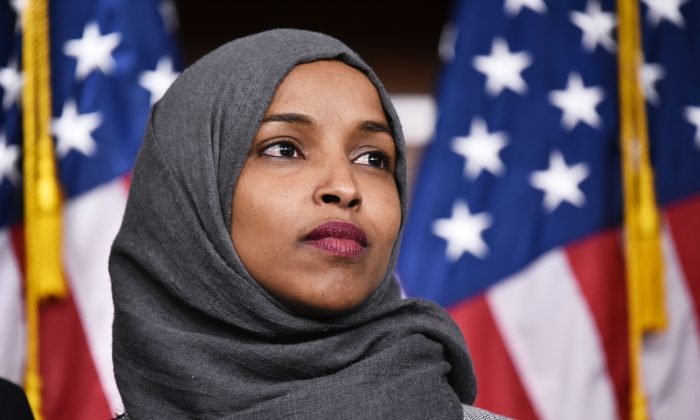 Apply a Double Standard and You Have No Standards at All

One of the hallmarks of civilized society is standards. It’s a sweeping concept. Standards can apply to engineering, to fire prevention, to the safe handling of chemicals, and to dozens of other aspects of everyday life.

When the House passed a resolution condemning “hate speech” in general, rather than censuring the open bigotry of Rep. Ilhan Omar (D-Minn.), it willingly and knowingly lowered the standards of behavior that ought to apply to members of Congress.

In passing a resolution that said, in effect, everyone should be nice to each other, rather than directly addressing the very thinly veiled bigotry of one of its own members, a majority of the House opted to engage in a pointless exercise, in lieu of issuing a pointed rebuke.

It is, of course, their right to do so, just as it’s Omar’s right to make offensive remarks. However, the fact that Congress is free to pass frivolous resolutions and every American is free to make bigoted remarks makes this episode no less embarrassing or disheartening.

There are, unfortunately, many parallels in U.S. history, times when one party or the other defended the outrageous behavior of one of its members, so as not to offend a critical voting bloc.

One of the more famous—or rather infamous—examples occurred in 1856 when Rep. Preston Brooks (D-S.C.) beat Sen. Charles Sumner (R-Mass.) half to death with a walking stick. Sumner’s crime was daring to speak out against the institution of slavery in a way that offended Brooks’s sensibilities. To Brooks’s way of thinking, Sumner engaged in “hate speech” directed at the South, and no Southern gentlemen could allow such an insult to pass unnoticed. So, he pulled out his cane and beat Sumner senseless.

Did Brooks’s behavior trouble other members of his party? Not especially. In their eyes, to criticize Brooks was to criticize slavery, and that just wouldn’t do. The Democratic-controlled House gave Brooks a free pass—voting against his expulsion—and South Carolina Democrats duly re-elected the thug at their first opportunity.

Now, I’m not attempting to equate Brooks’s violent attack to Omar’s anti-Semitic jibes. Until and unless Omar votes to send arms and ammunition to Hamas, a wide gulf separates the practical effect of Brooks’s actions and Omar’s rhetoric. But there is a parallel: Both members of the House engaged in behavior that was clearly reprehensible, and that was far below the minimum standards of behavior expected of a member of Congress—and I am morally certain that the majority of members of both parties, then and now, believed that.

Yet, in each case, members of the party in charge chose to effectively ignore the boorish behavior of one its own.

Democrats are incredibly quick to pull the trigger on the political assault rifle labeled “racism” any time President Donald Trump ventures into an area that may be distantly, tortuously assumed by his opponents to secretly include a racial component. Yet Speaker Nancy Pelosi (D-Calif.) et al. are perfectly happy giving Omar a free pass, even though her rhetoric is so clearly unambiguous.

Trump’s opponents often accuse him of employing so-called “dog whistles” to communicate racist messages to supporters. Yet this same group is ready, willing, and able to excuse Omar, who employs a steam-whistle to deliver anti-Semitic messages that don’t require one to purchase a decoder ring to understand.

During the 2016 campaign, Trump famously noted that the people illegally crossing the border between Mexico and the United States weren’t always the sort of migrants that a civilized nation would desire. Some, perhaps many, were criminals—drug dealers, rapists, and worse. Trump never said that he believed all illegal immigrants were criminals. He never said that all Latinos were criminals.

An unbiased observer (if any exists these days) should have been able to easily recognize that Trump was speaking about equal application of the law. Unless one is in favor of open borders, every civilized nation has an obligation to screen immigrants in order to prevent criminals, drug dealers, and rapists of any race from entering.

Trump being Trump, the message was delivered somewhat clumsily. Democrats and their allies in the mainstream media wasted no time twisting it into another supposed example of Trump’s racist heart. The “Trump is a racist” narrative has gone on ad nauseam ever since, along with its companion message describing the evil tendrils of white privilege that we are told extend into every part of American society.

Now, I’m not trying to portray Trump as perfect, nor am I attempting to claim that Omar is a horrible person. I’m rather pointing out that Democrats, some Republicans, and most of the mainstream media apply a double standard to the pair.

And that’s the funny thing about standards. When you try to apply a double standard, you end up with no standards at all.

Richard Trzupek is a chemist and environmental consultant, as well as an analyst at the Heartland Institute. He is also the author of “Regulators Gone Wild: How the EPA Is Ruining American Industry.”