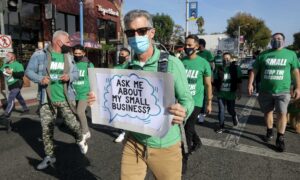 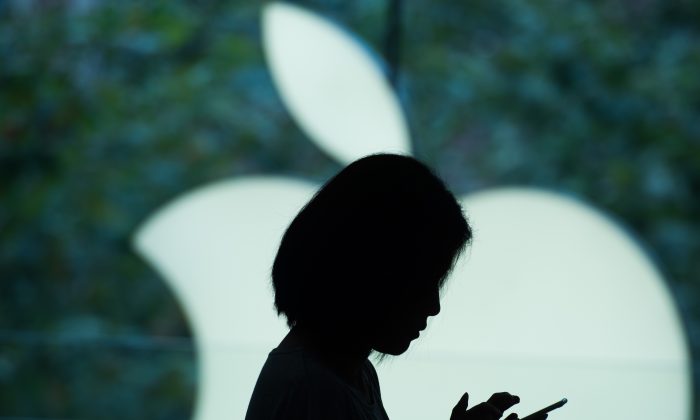 A woman uses her iPhone at an Apple store in Shanghai on Sept. 25, 2015. (Johannes Eisele/AFP/Getty Images)
Business & Economy

Apple has reported its first decline in revenues and income for the past 13 years. The market and media has reacted predictably with an 8 percent fall in Apple’s stock price. From an investor’s perspective, the decline in sales of the iPhone is a signal of worse things to come and in particular the end to Apple’s ability to continually grow.

As others have pointed out, despite the fall in sales, Apple still made $10 billion of profit in the quarter and sold 51.2 million iPhones.

The U.S. stock market, in combination with venture capitalists, has become obsessed with growth.

The U.S. stock market, in combination with venture capitalists, has become obsessed with growth. It is a point that U.S. media academic Douglas Rushkoff has made in his recent book “Throwing Rocks at the Google Bus.”

He has talked about the “growth trap” that puts the growth of companies ahead of all other considerations, including whether what they are doing brings any benefit to society.

In this way, Uber’s entire purpose is to become a monopoly in order to accelerate its income growth. Once it has the platform, what it actually delivers through its platform, the conditions under which the drivers work, and even the service that customers get comes a distant second in importance.

The concern for Apple’s inability to produce the “next big thing” and produce a version of the iPhone that is significantly different from its predecessors is not because there is a real need for these things.

It is very hard to see how the mobile phone could change significantly from what it has become. This is not an issue unique to Apple; every other manufacturer, including Samsung, is now producing new phone versions that are barely different from any other phone.

Like PCs, sales of phones will in all likelihood start declining. This year, PC sales declined by 9.6 percent, but that still meant that around 240 million PCs will be sold this year. Companies still made money selling PCs, and some companies, Apple included, grew the number of computers they sold.

The fact that businesses and homes are replacing their computers less often is not particularly surprising, because computers now are capable of doing everything that people need them to do and are not changing in design to any significant degree.

People are replacing their computers less often because computers are now capable of doing everything people need them to.

This actually doesn’t matter particularly as sales of the Apple Watch have already been around 12 million, which made it the biggest selling smartwatch.

It also makes that part of Apple’s business responsible for making the Apple Watch profitable and, from a business perspective, that is what matters.

This of course will not be enough for investors. There will likely be increased calls for Apple to spend some of the $164 billion in cash that it has to buy other companies and either bolster some of its existing businesses or branch out into new areas.

Buying a car company, for example, may be the only way in which Apple is able to build its electric car as it struggles to find a company to partner with. Assuming it could do so, Tesla is currently valued at only $35 billion.

The way investors and venture capitalists value companies distorts their true value both in terms of their financial soundness and in their value to society generally.

The way investors and venture capitalists value companies distorts their true value both in terms of their financial soundness and in their value to society generally.

One could argue that a company like Twitter should have very little intrinsic value because it has failed to make a profit in the past 10 years and seems unlikely to do so in the coming years. Investors, however, have collectively arrived at a valuation of Twitter at $10.4 billion.

There is little difference in the way that Twitter is valued from the highly criticized way in which a value has been placed on bitcoin. In both cases, the value results from the sustained belief of people who buy and sell shares of Twitter or amounts of bitcoin.

In the end, the real value of a company depends on what value it delivers to its customers and society and very little to do with its share price.