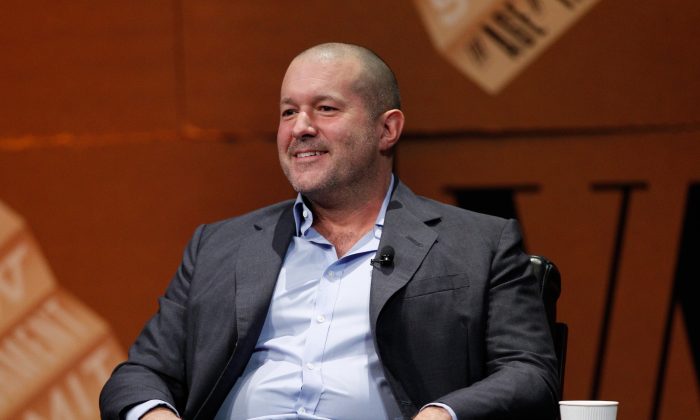 In his 2005 commencement address at Stanford University, Steve Jobs said “you can’t connect the dots looking forward, you can only connect them looking backwards … You have to trust in something—your gut, destiny, life, karma, whatever.”

Jobs was explaining how the calligraphy class he took at Reed College was a vital influence on Apple’s typography, but the quote is equally applicable to his decision to make Jony Ive head of design in 1997, who has kept the position ever since.

In an interview with the New Yorker, Ive, who is credited as the lead designer for everything from the iPods to the iPhones, recounts how he almost left Apple in 1997, when Jobs had just returned to Apple as CEO. At the time, the company was widely seen as a failure on the cusp of being bought out by another company.

“There was a Wired cover that had a big Apple logo with a crown of barbed wire, as thorns, and underneath it just said, ‘PRAY.’ I remember this because of how upsetting it was. Basically saying: either it’s going to just go out of business or be bought,” Ive said, and kept a resignation letter in his pocket when he first met Jobs.

“I can’t really remember that happening really ever before, meeting somebody when it’s just like that,” Ive said of his first meeting with Jobs. “It was the most bizarre thing, where we were both perhaps a little—a little bit odd. We weren’t used to clicking.”

Jobs had solicited Richard Sapper, the designer of IBM’s ThinkPad, for the job, but Sapper turned it down, and also Hartmut Esslinger, before settling on Ive. Their relationship warmed up after Jobs visited the design studio, and they began working on the iMac.

Thus began one of the most successful partnerships in tech history. Jobs had told Walter Isaacson that he considered Ive his “spiritual partner” at Apple, and technology writer Leander Kahney said in 2013 that “Ive is now more important to Apple than Jobs was when he died.”

Ive has considered retiring and returning to his native UK, but the recent success of the iPhone, and his concern for what might happen to Apple’s shareholders if he leaves, means that his legacy is not complete just yet.