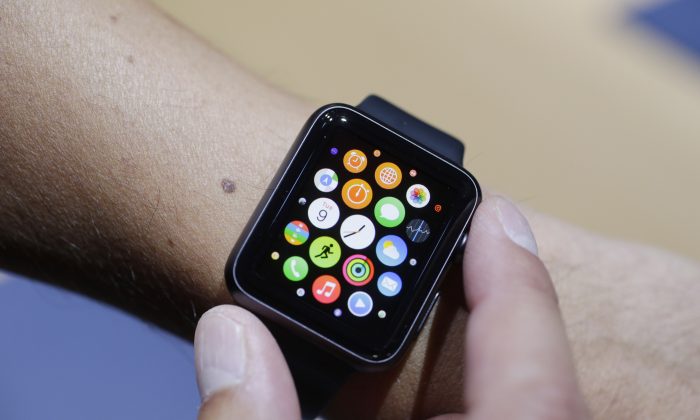 The new Apple Watch is modeled during a media event in Cupertino, Calif. on Sept. 9, 2014. (AP Photo/Marcio Jose Sanchez)
Tech

Like with every other smartwatch out there, you’ll have to charge the Apple Watch once a day at least, even with moderate usage. However, there is some good news for anyone who’s worried about their watch’s performance degrading over time: You will be able to replace it with a fresh battery.

RELATED: Apple Watch battery life: the good, the bad and the ugly

Apple has told TechCrunch that the Apple Watch’s battery is fully replaceable although it’s declined to spell out exactly how much it will cost to send in your device and have a new battery installed. However, this should at least ease potential buyers’ fears that their Apple Watch’s battery will simply get worse and worse as time goes on with no alternative but to buy a new watch.

One particularly intriguing aspect of this is whether you’ll be able to buy more efficient batteries for your Apple Watch as technology improves. Given how much smartphone batteries have improved over the years, we can definitely expect that smartwatch batteries in two years will be much stronger than the ones used today.

Would Apple consider selling these better batteries to users who bought the first-generation version of the watch or would they have to buy a whole new model to get them?

While this Apple Watch battery news is encouraging, there are still some key unanswered questions: TechCrunch hasn’t yet learned about whether Apple will offer RAM or CPU upgrades to Apple Watch buyers, which suggests that the device could still quickly become obsolete within a year or two.