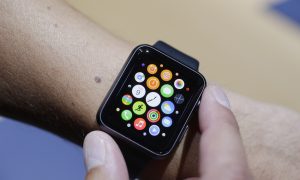 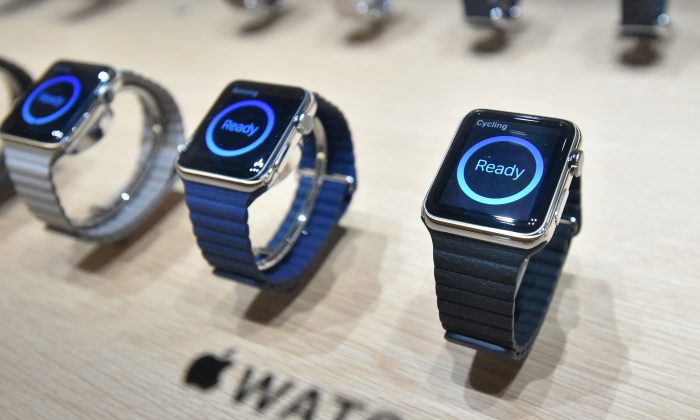 The Apple Watch is finally here. We have been told by trusted sources that Apple Stores around the country have begun to receive shipments of the Apple Watch
By Jonathan S. Geller
biggersmaller
Print

The Apple Watch is finally here. We have been told by trusted sources that Apple Stores around the country have begun to receive shipments of the Apple Watch for sale through in-store reservations for personal pickup when purchased online.

We’re not sure if this means you can buy the watch today or if the stock will be used for overnight purchases and available for pick up tomorrow. There’s no word on the product mix at this point, but we’re still investigating.

DON’T MISS: Video: This is the HoloLens Minecraft demo that just blew everyone’s minds at E3

The Apple Watch first released on April 24th, though is remains a difficult device to buy. Apple opened preorders ahead of launch and only a portion of people who preordered the device actually received one in late April. Many more didn’t take delivery until sometime in May or even June, depending on when orders were placed.

The Most Infuriating Thing About the Apple Watch

How to Deal With Apple Watch Biggest Issue

How to Disassemble Your Apple Watch in Less That 10 Minutes

Apple announced in early June that the Apple Watch would finally be made available for sale in stores, though the company didn’t announce a firm date.

“The response to Apple Watch has surpassed our expectations in every way, and we are thrilled to bring it to more customers around the world,” Apple SVP of Operations Jeff Williams said at the time. “We’re also making great progress with the backlog of Apple Watch orders, and we thank our customers for their patience. All orders placed through May, with the sole exception of Apple Watch 42 mm Space Black Stainless Steel with Space Black Link Bracelet, will ship to customers within two weeks. At that time, we’ll also begin selling some models in our Apple Retail Stores.”

We have reached out to Apple and will update this post with any comment the company provides.