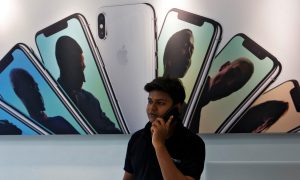 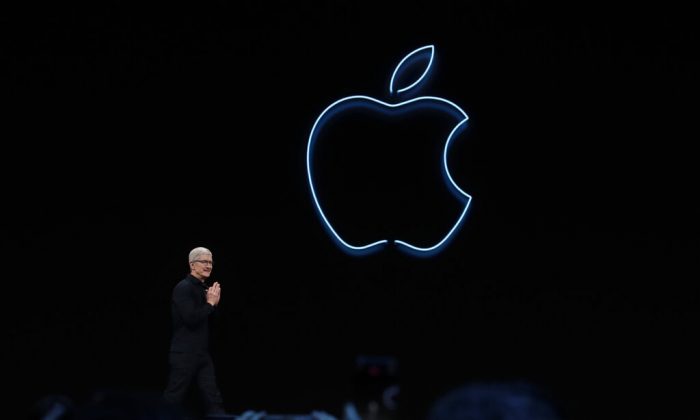 Apple Inc. fights the world’s biggest tax case in a quiet courtroom this week, trying to rein in the European Union’s powerful antitrust chief ahead of a potential new crackdown on internet giants.

The iPhone maker can tell the EU General Court in Luxembourg that it’s the world’s biggest taxpayer. But that’s not enough for EU Competition Commissioner Margrethe Vestager who said in a 2016 ruling that Apple’s tax deals with Ireland allowed the company to pay far less than other businesses. The court must now weigh whether regulators were right to levy a record 13 billion-euro ($14.4 billion) tax bill.

Apple’s haggling over tax comes after its market valuation hit $1.02 trillion last week on the back of a new aggressive pricing strategy that may stoke demand for some smartphones and watches. The company’s huge revenue—and those of other technology firms—have attracted close scrutiny in Europe, focusing on complicated company structures for transferring profits generated from intellectual property.

A court ruling, likely to take months, could empower or halt Vestager’s tax probes, which are now centering on fiscal deals done by Amazon.com Inc. and Alphabet Inc. She’s also been tasked with coming up with a “fair European tax” by the end of 2020 if global efforts to reform digital taxation don’t make progress.

“Politically, this will have very big consequences,” said Sven Giegold, a Green member of the European Parliament. “If Apple wins this case, the calls for tax harmonization in Europe will take on a different dynamic, you can count on that.”

Vestager showed her determination to fight the tax cases to the end by opening new probes into 39 companies’ tax deals with Belgium on Sept. 16. The move addresses criticism by the same court handling the Apple challenge. A February judgment threw out her 2016 order for them to pay back about 800 million euros.

At the same time she’s pushing for “fair international tax rules so that digitization doesn’t allow companies to avoid paying their fair share of tax,” according to a speech to German ambassadors last month. She urged them to use “our influence to build an international environment that helps us reach our goals” in talks on a new global agreement to tax technology firms.

Apple’s fury at its 2016 EU order saw Chief Executive Officer Tim Cook blasting the EU move as “total political crap.” The company’s legal challenge claims the EU wrongly targeted profits that should be taxed in the U.S. and “retroactively changed the rules” on how global authorities calculate what’s owed to them.

The U.S. Treasury weighed in too, saying the EU was making itself a “supra-national tax authority” that could threaten global tax reform efforts. President Donald Trump hasn’t been silent either, saying Vestager “hates the United States” because “she’s suing all our companies.”

“There is a lot at stake given the high-profile nature of the case, as well as the concerns that have been raised from the U.S. Treasury that the investigations risk undermining the international tax system,” said Nicole Robins, a partner at economics consultancy Oxera in Brussels.

Richard Murphy, a professor at London’s City University, said the EU’s case “is about making clear that no company should be beyond the geographic limits of tax law.”

“Selective attempts to get round the law—which is what tax avoidance is—are unacceptable when companies seek the protection and support of that same law” in the rest of their business,” Murphy said.

The first hints of how the Apple case may turn out will come from a pair of rulings scheduled for Sept. 24.

The General Court will rule on whether the EU was right to demand unpaid taxes from Starbucks Corp. and a Fiat Chrysler Automobiles NV unit. Those judgments could set an important precedent on how far the EU can question tax decisions national governments make on how companies should be treated.

“It’s very clear that the largest companies in the world—the frightful five I call them—are hardly paying taxes,” said Paul Tang, a socialist lawmaker at the European Parliament. “Cases like these, Amazon in Luxembourg or Apple in Ireland, started to build public and political pressure” for tax reform in Europe.

The legal battles may go on for a few years more. The General Court rulings can be appealed once more to the EU’s highest tribunal, the EU Court of Justice. Meanwhile, Apple’s back taxes—14.3 billion euros including interest—sit in an escrow account and can’t be paid to Ireland until the final legal challenges are exhausted.

For Alex Cobham, chief executive of the Tax Justice Network campaign group, the issue is already in the past and “it’s not even the biggest tax scandal that Apple has” after reports on other structures it may use. Tax reforms under discussion “will ensure much closer alignment of taxable profits and the real economic activity” generated by them.