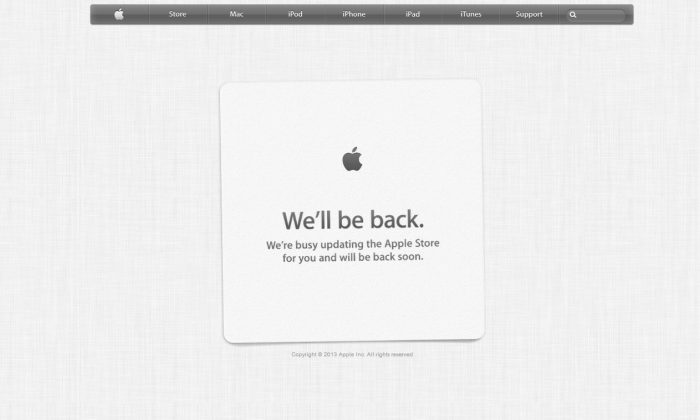 Apple Store Down: Website Outage Ahead of iPad Announcement

The Apple Store website went down on Tuesday morning ahead of its likely iPad announcement, according to reports.

“We’ll be back. We’re busy updating the Apple Store for you and will be back soon,” it reads.

CNET reported that the Cupertino, Calif.-based tech firm took down its store to get ready to show off some of the products that it will display later in the day.

Apple generally takes down its store before each major announcement of a new product.

Rumors say that the company will unveil the highly anticipated iPad 5 as well as the new variant of the iPad Mini.