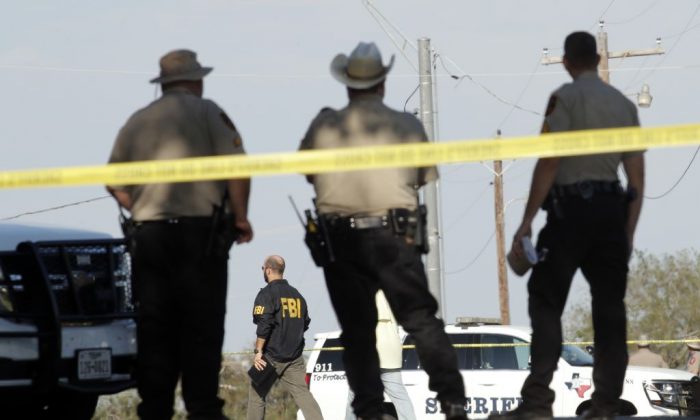 Apple said they offered to help the FBI gain access to the Texas church shooter’s iPhone, contrary to reports that the FBI investigation is delayed because of cellphone technology, Buzzfeed reporter John Paczkowski‏ reported in a tweet.

Devin Patrick Kelley killed 26 people in a Texas church, including children, when he opened fire on the congregation. Witnesses said babies were shot from point-blank range, according to CBS News. He eventually shot and killed himself after he tried to get away and crashed the car he was driving.

Apple's statement on the phone used by the Texas church gunman is quite something pic.twitter.com/RVwk13tM6U

Local authorities sent Kelley’s iPhone to the FBI to help gather evidence from the device.

“Unfortunately at this point in time, we are unable to get into that phone,” said an FBI official at a press conference, via NBC News.

May God be w/ the people of Sutherland Springs, Texas. The FBI & law enforcement are on the scene. I am monitoring the situation from Japan.

The FBI official put the issue in a larger context of not being able to access personal technology devices during investigations.

“So it actually highlights an issue that you have all heard about before, with the advance of the technology and the phones and the encryptions, law enforcement, whether it’s at the state, local, or the federal level, is increasingly not able to get into these phones,” added the official.

The FBI didn’t name Apple specifically, and also tried to avoid giving away what type of phone it was, lest it encourages criminals, but a Washington Post report confirms it is an iPhone.

But a Reuters/CNBC report said that the FBI didn’t contact Apple for help, and therefore missed out on advice about utilizing the killer’s finger to unlock the phone within a 48-hour window. It would have allowed them to unlock the device without knowing the passcode. This would still depend on whether or not Kelley enabled the Touch ID feature.

The issue draws a comparison to the 2015 San Bernardino terrorist attack where a Muslim couple killed 14 people at an office party. The FBI took Apple to court to unlock an iPhone found on one of the killers. The agency later unlocked the phone by other means but the case highlighted the conflict between protecting user data versus law enforcement’s quest for evidence in brutal mass shootings.