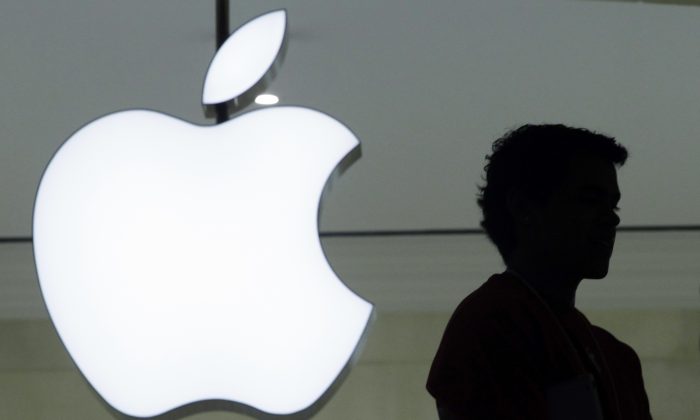 FILE - In this Wednesday, Dec. 7, 2011 file photo, a person stands near the Apple logo at the company's store in Grand Central Terminal, in New York. Apple will have to pay up to 13 billion euros ($14.5 billion) plus interest in back taxes to Ireland after the European Union found Tuesday aug. 30, 2016 that the U.S. technology giant had paid next to no tax at all across the bloc's 28 countries for over 11 years. The ruling is a dramatic escalation by the EU executive Commission in its battle to have multinationals pay their fair share in the region. (AP Photo/Mark Lennihan, File)
Business & Markets

Apple Says Several Billion Dollars Set Aside for US Taxes

LONDON—Apple’s chief executive says the company has put aside “several billion dollars” to pay tax liabilities in the United States as overseas earnings are repatriated.

Tim Cook told Irish state network RTE in an interview broadcast Thursday that repatriation should occur next year as profits from 2014 are repatriated.

His comments came after the European Union ordered the U.S.-based firm to pay $14.5 billion in back taxes to Ireland plus billions more in interest.

The tax dispute is part of an ongoing fight over whether America’s largest global corporations pay adequate taxes throughout the world.

Apple plans to fight the EU order, which Cook characterized as unfair. He told Irish television that the EU’s findings are “maddening” and that the company had not received special treatment from Irish authorities.