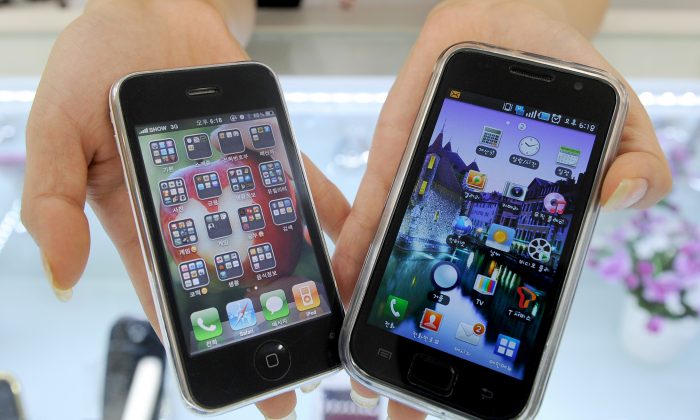 Less than three days before a re-trial over a $1.05 billion 2012 patent verdict involving Samung’s Galaxy technology and design, Apple added information that wasn’t in the original suit.

Samsung lawyers filed an emergency motion for relief, stating “Apple has sandbagged Samsung with a brand new damages theory never disclosed in the expert reports of either the late Terry Musika or Julie Davis.”

Judge Lucy Koh, who has preceded over the tussle, agreed to the motion Monday, upholding the decision to admit nothing new to the case. So “it’s going to be ‘Groundhog Day,'” as Koh said in April when the re-trial date was set. Koh began the re-trial looking for another settlement attempt, but said even her staff “laughs at [her]” for the suggestion.

The re-trial will be done with an all new jury to determine the amount Samsung Electronics will need to pay Apple Inc. and could set a precedent for future patent suits.

Last year, Samsung was ordered to pay $1.05 billion in a California court for infringing on some of Apple’s patents, but Koh found the amount to be incorrectly calculated. Koh had said $550 million of the damages had been correctly calculated but a new jury would have to recalculate the $455 million; a process starting Tuesday. Apple had originally sought $2.5 billion in damages.

In 2011, Apple filed a lawsuit against Samsung claiming the Galaxy devices, including mobile phones and tablets, copied some of its technology and design. Samsung filed patent claims in return, but the court ruled Samsung, rather than Apple was the perpetrator.

The patents in question are related to design, so the products targeted are the ones Apple says copy the look and feel of their products.

The late Steve Jobs, didn’t want to settle any of their mobile lawsuits mainly because he thought Android was an iOS rip-off. But unlike Jobs, CEO Tim Cook feels its unnecessary. “It’s overhead that I wish didn’t exist. If we could find a way to settle this…” he said last spring.

The companies reportedly held settlement talks, but neither side accepted the other’s proposal. The companies are also involved in legal disputes in 10 other countries.

Because the products mentioned in the suit are older devices, the outcome won’t have a large effect on consumers directly. The new jury will assess 13 products deemed to have infringed on Apple’s patents, including the Galaxy Tab and the Galaxy Prevail.

Apple had originally asked for a sales ban on those products, but Koh opted for financial compensation instead. Apple appealed against that ruling too, and the result of the case is expected to be out by the end of the year.

The two companies have a third trial scheduled for March 2014, which covers more recent devices including the smartphone Galaxy S3, but not the latest S4 model, which was launched in May. Apple filed the suit last February, and Samsung then claimed Apple’s iPhone 5 infringed on its patents. Because of the unlimited potential for suits and counter suits, Koh limited the case to 25 patent claims and 25 products.

Given the importance of intellectual property to these two tech giants, they are churning out patents like there is no tomorrow. Last year, Samsung Electronics was granted over 5,500 patents while Apple received 1,136. With numbers like these and the willingness of both Apple and Samsung to play hard ball, courts are sure to stay busy.