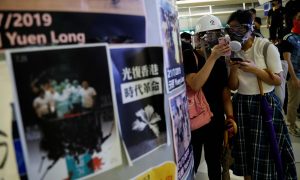 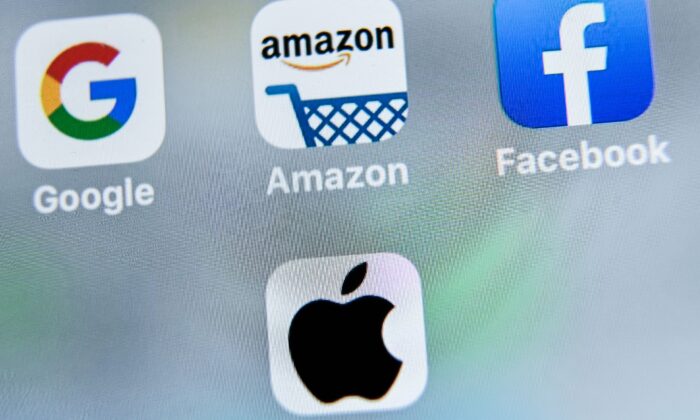 Apple logo application (down C) is displayed on a tablet in Lille on Aug. 28, 2019. (Denis Charlet/AFP/Getty Images)
HK Current Affairs

Apple has rejected an app that tracks the movement of Hong Kong police and protesters during the ongoing pro-democracy movement.

The app, HKmap.live, gives users a map of protests in real time and alerts users to issues such as police presence, the use of tear gas, or closures of metro stations.

Officially launched in August, the crowd-sourced app has become one of the most popular tools for protesters to dodge police during chaotic cat-and-mouse chases on the street.

Similar to Google Maps but with more graphics, it advises users of protest developments with symbols: for example, a dog for police presence and two exclamation marks for danger.

“Your app contains content—or facilitates, enables, and encourages an activity—that is not legal … Specifically, the app allowed users to evade law enforcement,” HKmap.live quoted Apple as saying in an Oct. 1 tweet.

The app is still available online and on the Google Play store. Apple did not respond to a request for comment as of the article’s publication.

HKmap.live expressed frustration over Apple’s decision in a series of tweets on Oct. 1.

“Apple assume[s] our user[s] are lawbreakers and therefore evading law enforcement, which is clearly not the case,” it said.

HKmap.live said it was “quite disappointing” that the app couldn’t be available in the Apple App Store in time for Oct. 1, the 70th anniversary of the Chinese Communist Party’s takeover of China, when over 100,000 Hongkongers marched out to the streets in protest.

Tensions in Hong Kong have intensified in recent weeks as activists continue pressing the government to accede to their demands for universal suffrage and an independent investigation into alleged police brutality.

On Oct. 1, a police officer shot a teenage protester in the chest with live round. The bullet narrowly missed the 18-year-old’s heart, landing just three centimeters (1.18 inches) away at his left lung, according to local media.

Apple was “coming up with every reason to reject our App, which was simply a web app,” HKmap.live said.

“Everything can be used for illegal purpose on the wrong hand. Our App is for info, and we do not encourage illegal activity,” it said in an Oct. 2 tweet.

An admin of HKmap.live who goes by the alias Kuma told The Epoch Times that they have appealed Apple’s decision and they are now “back in review process.”

Kuma said they had been in communication with Apple since Sept. 21, when they first submitted the app for review.

Apple Store Review told the app admin on two occasions that the app “unlocks or enables additional functionality … which is not appropriate for the App Store,” according to screenshots of correspondence from Apple provided by HKmap.live.

Kuma believes the issue is more about “bureaucracy rather than political stance,” noting that Google finished reviewing the app in a day or two.

Around 50 percent of the apps gets reviewed in 24 hours and 90 percent in 48 hours, according to the Apple website.

Zeynep Tufekci, an associate professor at the University of North Carolina and an academic focusing on the social implications of emerging technologies, suggests that the decision might be a sign of Apple “sucking up to China.”

HKmap.live “reports locations and does nothing else,” she said in an Oct. 1 tweet.