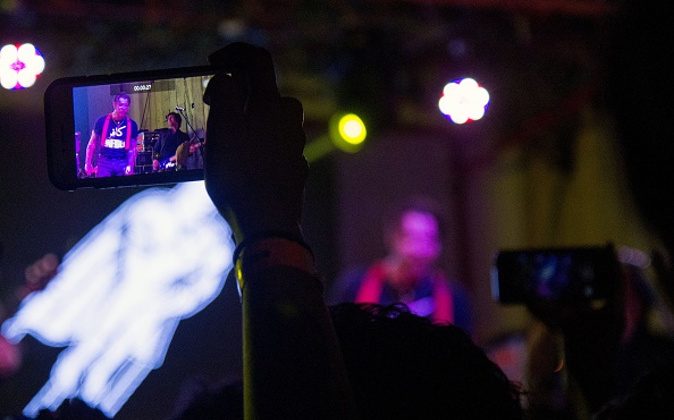 Apple Could Prevent iPhone Users From Recording at Concerts

It is a common phenomenon at concerts—a wave of hands holding their phones in the air to capture some footage, or even record the event in its entirety.

But artists are losing out as videos get shared and pirated.

A new patent granted to Apple could potentially prevent people from taking pictures or videos with their iPhones at concerts. The U.S. Patent & Trademark Office granted the patent on June 28.

The new technology works through the transmission of infrared signals. Data would be encoded in the signals, which includes a signal that disables a phone’s recording function—both photography and video recording.

“A transmitter can be located in areas where capturing pictures and videos is prohibited (e.g., a concert or a classified facility) and the transmitters can generate infrared signals with encoded data that includes commands temporarily disabling recording functions,” the patent reads.

Addressing pirating issues isn’t the only use for this new technology. The infrared signals can also transmit information about an object viewed via a phone. In a museum, for example, when focusing a phone’s camera on an object, the phone screen can receive input about what the object is and other information about it.

As Apple is only in the patent stage of development, however, there has been no word on whether such technology will be employed in the near future.