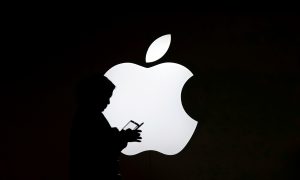 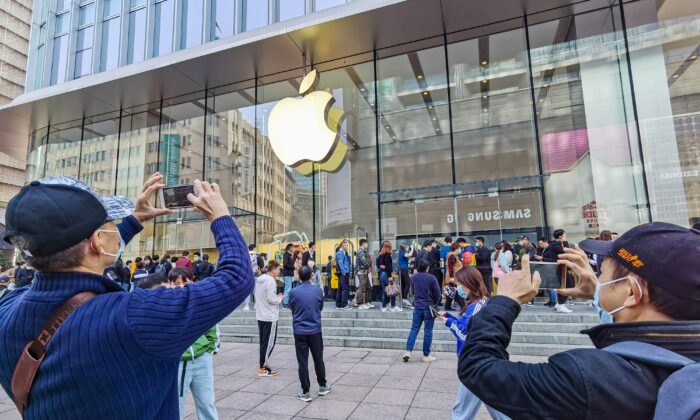 Customers line up to get their reserved iPhone 12 mobile phones at an Apple store in Shanghai on Oct. 23, 2020. (STR/AFP via Getty Images)
China-US News

Apple Punished Employee for Approving App That Was Critical of Beijing, Lawsuit Alleges

A former Apple employee alleges in a lawsuit that the company punished him for approving an app critical of the Chinese regime, in order to appease Beijing authorities.

The allegations were made by Trieu Pham, a former app reviewer for the tech giant, in a discrimination and wrongful termination suit filed at the Santa Clara, California, Superior Court in December 2019.

In his complaint, Pham states that in 2018, he was criticized by his Apple managers for approving an app by Guo Media because it was “critical of the Chinese government.” Guo Media is a website created by Guo Wengui, a dissident Chinese businessman exiled in the United States and wanted by Beijing on alleged economic crimes, who’s known for making allegations about massive corruption at the highest levels of the Chinese Communist Party (CCP) leadership.

The claims illuminate how the tech giant navigates its relationship with the Chinese regime, which notoriously forces Western firms to comply with censorship and surveillance requirements as a condition of market access. Apple relies heavily on the Chinese market, its third-largest market by revenue.

The former employee said that his managers stepped up scrutiny of his work after he lodged an internal discrimination complaint in September 2017, according to the court complaint. They later conducted an audit of a sample of Pham’s app reviews from July to September 2018, and gave him a “Documented Coaching Plan,” which included reviews that were allegedly done in error.

The plan identified Pham’s most serious error as approving the Guo Media app, which was forbidden from the Chinese version of Apple’s App Store, according to the lawsuit.

Apple regularly takes down apps from its App Store in China at the request of Chinese authorities, and also proactively blocks hundreds of apps that are politically sensitive to Beijing, according to an analysis by the Tech Transparency Project, a U.S.-based nonprofit.

Pham alleges that after the app was approved, Chinese authorities contacted Apple and demanded it be removed from the App Store. In response, the company conducted an internal investigation and found that Pham was the reviewer who approved the app, the court complaint stated.

He was called into a meeting with several managers to discuss the Guo Media app in September 2018, during which the managers said the app should be removed from the App Store because it was critical of the Chinese regime. Pham argued that the app didn’t violate any of Apple’s policies regarding app content, as it merely published claims of corruption in the CCP, and therefore should remain in the store as a matter of free speech.

Pham also told managers at the meeting that removing the app due to Chinese regime pressure would be caving into censorship, according to the complaint. He asked repeatedly if the managers could provide a justification to block the app based on the company’s own policies and procedures, but they couldn’t.

He later had a meeting with his supervisor about the same topic, during which Pham reiterated why the app should remain in the store. Pham also told co-workers about these meetings and that Apple was seeking to censor a Chinese dissident under pressure from Beijing, the complaint stated.

The former employee believed that the real reason Apple created the coaching plan was to “appease” the Chinese government. The plan was “Apple’s message to China that it in fact did not approve an App created by Guo,” the complaint said.  The company then sought to punish Pham for speaking out against censorship, it added.

Apple didn’t immediately respond to a request by The Epoch Times for comment.

A judge in November ruled that the lawsuit could proceed after Apple sought to have some of Pham’s causes of action tossed out.

Apple has previously drawn criticism for bowing to the Chinese regime’s censorship demands.

Last year, the company pulled HKmap.live, an app used by Hong Kong pro-democracy protesters to track the city’s police activity, from its App Store. Protesters decried the move as an example of the company caving to pressure from Beijing, although Apple said the app was removed because it was a risk to public safety.

Around that time, Apple also removed the Quartz news app from its Chinese App Store after receiving complaints from Beijing over its coverage of the protests in Hong Kong.