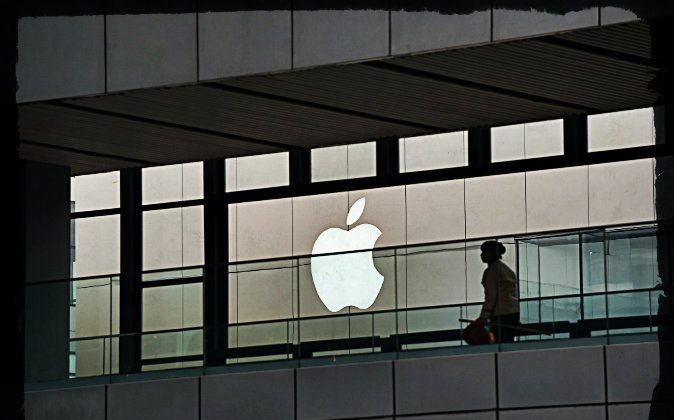 An Apple logo is displayed at a shopping mall in Beijing on March 29, 2013. (Ed Jones/AFP/Getty Images; effects added by Epoch Times)
Tech

GT Advanced Technologies was formerly known for its role in the once-burgeoning ‘sapphire glass’ industry, which brought promises of extremely strong, scratch-resistant glass made of synthetic sapphires for consumer goods.

Apple expressed significant interest in the technology, even striking a deal with GT Advanced for tentative use in its iPhone 6 line – but that changed when GT Advanced went belly-up and filed for bankruptcy early last month.

Now a senior executive of GT Advanced, in an unsealed court affidavit, has detailed the circumstances leading to the company’s bankruptcy – including some shady tactics by Apple which he says caused the company to go under.

David Squiller, Chief Operating Officer of GT Advanced, told the court in a Chapter 11 bankruptcy filing that while Apple had initially offered a quality deal to GT Advanced – the purchase of 2,600 of its furnaces used to grow sapphires for sapphire glass displays – the deal quickly changed.

After months of negotiations, Apple made another offer: Lending GT Advanced the money to build new furnaces and grow sapphires, which it would then sell to Apple under market value.

The negotiations left GT Advanced in a tough situation, since months of talks with Apple meant they were not able to pursue any potential partnerships with other companies. According to Squiller, Apple knowingly entered into the deal with the intent of strong-arming his company out of any possible benefit.

“Knowing that GTAT had no practical choice at that stage other than to concede to Apple’s terms,” he said, “Apple forced a set of agreements on GTAT that, in combination with Apple’s economic leverage, put Apple in de facto control of GTAT.”