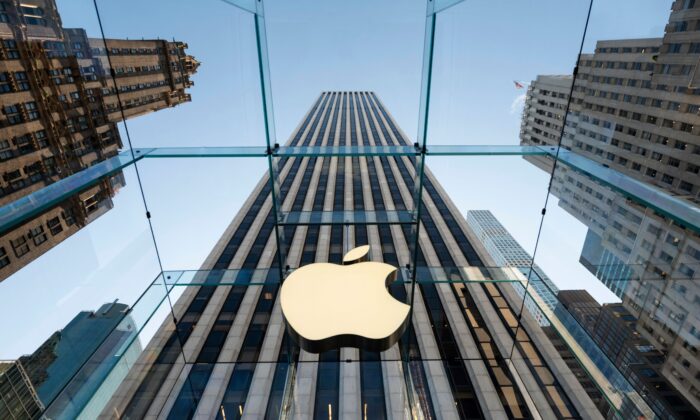 Beijing’s strict COVID-19 control policies have significantly limited Apple’s consumer product output, according to one of its suppliers.

In April, the iPhone maker predicted that supply constraints would cost the company up to $8 billion in revenue for the current quarter.

Taiwanese contract manufacturer Pegatron, one of Apple’s largest suppliers for specific iPhone models, on May 12 said operations at its major assembly plant in Shanghai were constrained by citywide lockdown measures and the company expected output to drop this quarter. The company did not further elaborate on the specific volume of production cuts, South China Morning Post (SCMP) reported.

The Epoch Times has reached out to Pegatron for comment.

Pegatron is the second-largest assembler of iPhones after Foxconn Technology Group, another Taiwanese contract manufacturer. Pegatron has assembly plants in Shanghai and Jiangsu provinces focusing on iPhones.

On April 12, Pegatron announced that it would temporarily suspend operations at its factories in Shanghai and nearby Kunshan in Jiangsu Province, a significant blow to Apple’s iPhone assembly line.

“The date of factory resumption is to be advised by the local government,” the company said in an official statement, noting that it would work with local officials to resume operations as soon as possible.

At the time, both the MacBook manufacturer Quanta and the iPad manufacturer Compal Electronics also temporarily closed factories in select Chinese cities, according to Nikkei Asia. These closures led to a roughly two-month delay in the delivery of MacBook Pros in Japan, the United States, and other countries.

More than 90 percent of Apple products sold worldwide are produced by contract manufacturers with factories in China, according to the Chinese edition of Nikkei. Another recent Nikkei Aisa analysis found that about half of Apple’s 200 top suppliers have facilities in and around Shanghai, where citywide COVID-19 lockdowns have been in effect since April 5.

According to a report citing Apple’s latest available supplier list, more than 70 companies own manufacturing plants in Jiangsu Province that directly supply the U.S. tech giant. The majority of these plants are in Kunshan and Suzhou, two cities near Shanghai. A further 30 or so Apple suppliers have facilities in Shanghai itself, the epicenter of the latest COVID-19 surge in China.

These include major Taiwanese contract manufacturers such as Foxconn, Pegatron, Compal Electronics, Quanta Computer, and Wistron. These five companies are responsible for producing nearly all of Apple’s most profitable products, such as iPhones, iPads, and Macs. Any disruption to these assembly lines immediately impacts Apple’s global consumer electronics supply.

On a company conference call, Apple’s Chief Financial Officer Luca Maestri projected up to $8 billion in revenue loss in the current quarter due to supply constraints and stock falls, according to the SCMP. Meanwhile, Apple CEO Tim Cook indicated that the company continues “to look at optimizing” its supply chain.

On April 11, Apple confirmed that it had started making the iPhone 13 in India. The phone is being produced in Foxconn’s plant in Sriperumbudur in Southern Tamil Nadu state, Reuters reported.