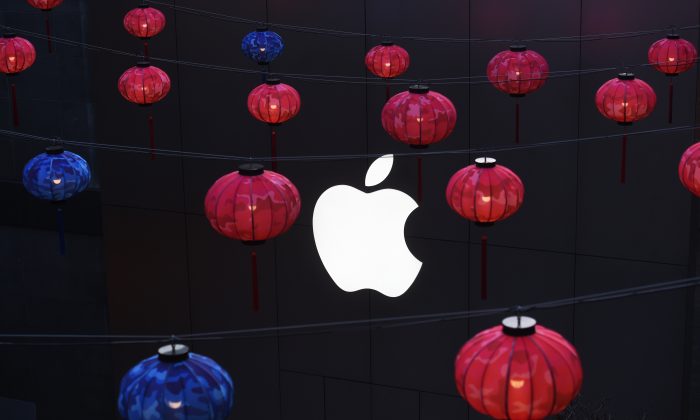 Lanterns hang outside an Apple store in a mall in Beijing on February 23, 2016. (Greg Baker/AFP/Getty Images)
Business & Economy

Apple posted the worst quarterly results since 2003, owing dominantly to a huge plunge in China sales.

The tech giant reported a revenue drop of 13 percent, compared to the second quarter of 2015, down from over $58 billion to about $50.5 billion.

While sales dropped around the world, except Japan, the biggest dip was in China and Hong Kong, where sales plummeted 26 percent ($16.8 billion to $12.5 billion).

The sales drop in China was larger (in dollar value) than all sales losses in the rest of the world combined. The losses were more prominent in Hong Kong that in mainland China, Apple’s chief financial officer Luca Maestri told The New York Times.

In the Americas, the slump was 10 percent and in Europe 5 percent.

The company managed to sell 20 percent more services, but those only account for about 12 percent of its revenue.

While China’s economy deflates, Apple faces additional challenges from the communist regime as it recently shut down Apple’s iBooks Store and iTunes Movies services in the country.

There are also concerns that the market for iPhones is getting saturated.

Apple posted net income of over $10.5 billion in the second quarter and increased dividend to its shareholders by 10 percent to $.57 per share. It also increased its share repurchasing to $175 billion from $140 billion announced last year.

Apple Hopes to Get Its Books, Movies Back Online in China