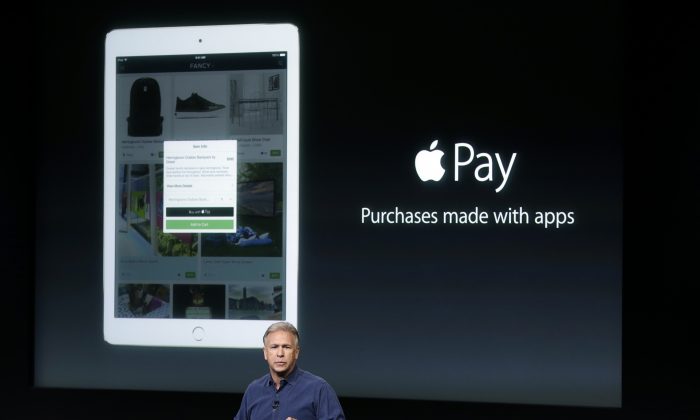 Apple Pay Expands as It Vies for Broader Acceptance

NEW YORK—Apple’s year-old mobile-payments service is expanding to more countries, banks and merchants, as it faces growing competition and some challenges before it becomes as commonplace as plastic cards.

Apple Pay is available in Canada starting Tuesday and in Australia on Thursday. Those are two countries where “tap” payments — tapping a phone or chip-embedded card to the store’s payment machine — are already more common than in the U.S. In those countries, however, Apple Pay is limited initially to American Express cards.

In the U.S., where Apple Pay started in October 2014, the service will expand Tuesday to more than 100 additional card issuers — mostly smaller banks and credit unions. Apple Pay already accepts Visa, MasterCard, American Express and Discover cards from most major banks. In the U.K., Tesco and TSB banks will join Apple Pay on Tuesday.

The developments come a few months after Google launched its own tap-and-pay service, Android Pay, while Samsung started Samsung Pay. Both are for Android phones, while Apple Pay requires iPhones.

Jennifer Bailey, Apple’s vice president for Apple Pay, said the company is starting with American Express in Canada and Australia because it’s both the card issuer and the payment-network operator, so coordination is easier. With Visa and MasterCard, individual banks issue the cards, and each bank has its own way of verifying a customer’s identity when setting up Apple Pay, for instance.

Meanwhile, Apple is working with makers of various payment machines to bring tapping capabilities to additional merchants, small and large. When Apple Pay launched, the U.S. had 200,000 tap-capable machines. That’s expected to surpass 1.5 million this year. The growth includes about 100,000 small to medium-sized merchants each month, Apple said.

Apple said Tuesday that Cinnabon will add Apple Pay to all its U.S. locations next year, while Domino’s company-owned pizza stores will get it by year’s end. Earlier, Apple said Starbucks will conduct a pilot this year, with a broader rollout next year, while KFC will launch next spring.

Even if a merchant has the equipment, it’s often located behind a counter, out of arm’s reach. At sit-down restaurants, a customer needs to get up to make the tap, as opposed to leaving a card with a waiter, at least in the U.S. (In Canada and many European countries, it’s common for staff to bring a portable card machine to your table.)

Addressing that will require a combination of approaches, Bailey said. She said Chili’s is installing tablets at tables so people can order and pay right there, starting in the spring. The restaurant-reservation service OpenTable already lets diners use its app to pay at some restaurants. Other U.S. restaurants, she said, will embrace portable card machines.

“You’ll see restaurants really look to innovate,” Bailey said, adding that restaurants can squeeze in more customers with faster payments, and customers are happier if they don’t have to wait for the check.

The U.S is Behind

Americans are used to plastic cards, and many people aren’t drawn to the increased security that these services provide because banks typically waive liability for fraud.

How to Remove Apple Pay Credit Cards Remotely From iCloud.com

But the dynamics could change with the growing use of plastic cards embedded with security chips. Chip transactions take longer than a traditional magnetic swipe, making the convenience of tapping seem more attractive.

Because other countries have had chip transactions longer, they are further along in accepting tap payments, Bailey said. She expects U.S. shoppers will come to accept tap payments, too, now that chip cards are becoming standard.