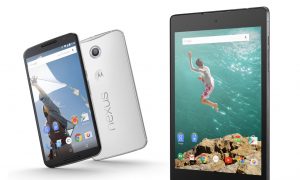 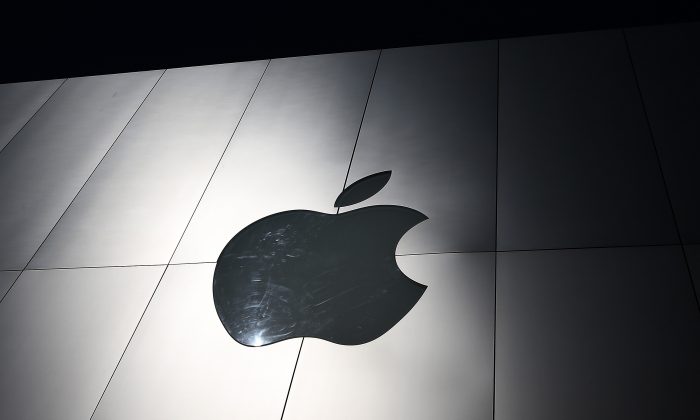 CUPERTINO, Calif.—Apple unveiled a thinner iPad Thursday with a faster processor and a better camera as it tries to drive excitement for tablets amid slowing demand. The company also released an update to its Mac operating system and introduced a high-resolution iMac model that might appeal to heavy watchers of television over the Internet.

The new iPad Air 2, at a quarter of an inch “thin,” also adds many of the features previously available on iPhones. That includes the ability to take burst shots and slow-motion video, and unlock the device with a fingerprint ID sensor instead of a passcode.

The company also said Apple Pay, its new system for using iPhones to make credit and debit card payments at retail stores, will launch on Monday.

Much of the emphasis at Thursday’s product-launch event centered on how Apple’s devices work well together because the company makes both its hardware and software.

“They’re designed to be incredible products individually but they’re also designed to work together seamlessly,” CEO Tim Cook said. “This is our vision of personal technology, and we are just getting started.”

It’s been a year since Apple came out with a lighter, thinner full-size model called the iPad Air. Apple refreshed that with a device that is skinnier by 18 percent at 6.1 millimeters. The rear camera is boosted to 8 megapixels, matching what’s found in iPhones. Previous iPads had a 5 megapixel camera.

The iPad Air 2 will start at $499. Apple also updated its iPad Mini device, with a starting price of $399. The new devices will begin shipping next week, with advance orders starting Friday.

Thursday’s event comes as sales of Apple’s iPads have dropped. Through the first half of this year, Apple had shipped 29.6 million iPads, a 13 percent drop from the same time last year. Apple plans to issue results for the latest quarter on Monday. Apple has been facing competition from cheaper tablets running Google’s Android operating system. Google announced Wednesday that an 8.9-inch Nexus 9 tablet is coming next month at a starting price of $399, $100 less than the 9.7-inch iPad Air. It will run a new version of Android, dubbed Lollipop.

Besides competition, there’s been an overall slowdown in tablet demand. This week, research firm Gartner projected worldwide shipments of 229 million tablets this year. Although that’s up 11 percent compared with 2013, it’s far less than the 55 percent growth seen last year and the more than doubling in sales in 2012.

Cook sought to address those concerns by pointing out that the 225 million iPads sold cumulatively since 2010 is more than any other product Apple has sold in the first four years after launch. He also said Apple sold more iPads in the past year than many manufacturers have for personal computers.

The step-up models of the new iPads will have double the storage of previous models. (Just like Apple’s new iPhones). So the $599 iPad Air 2 will come with 64 gigabytes instead of 32 gigabytes, for instance. The $499 base model remains at 16 gigabytes.

Addressing competition from Android, Apple is also cutting the price of its 2012 iPad Mini model to $249. It had been selling for $299.

The company unveiled new iMacs with a sharper display, following what Apple has already done on its mobile devices and MacBook laptops. The company says the new iMacs have seven times the pixels found on standard high-definition television sets. The new 27-inch iMacs have a starting price of $2,499. Apple will continue selling standard-screen models starting at $1,799 for 27 inches and $1,099 for 21.5 inches.

Apple also released its new Yosemite operating system for Macs as a free download. The Mac update includes aesthetic changes as well as new functionality, such as the ability to make phone calls with an iPhone nearby and a one-stop search tool for both locally stored documents and online resources.

Apple has been releasing Mac updates more frequently, in part to time them with annual changes to the iOS system for iPhones and iPads. Many of the new Mac features will complement what’s found in iOS 8, including the ability to start tasks such as email on one device and finish on another.

During a demo, Apple executive Craig Federighi made a phone call to Stephen Colbert from his Mac and connected with the comedian. The call was actually being made through a nearby iPhone. Federighi also used Apple’s upcoming Apple Watch as a remote control to control a Mac presentation being projected onto a big-screen set via Apple TV.

Apple had already announced its new payments system, Apple Pay, but the iPhone feature wasn’t made available right away. In announcing a Monday launch date, Cook said deals have been made with hundreds of additional banks since the service was announced last month. Cook also said additional merchants plan to accept Apple Pay by the end of the year.

With Apple Pay, iPhone 6 and 6 Plus owners will be able to make payments at brick-and-mortar stores by holding their phone near a card reader. The new iPhones have a wireless chip to transmit the information needed to complete the transaction. Owners of older models won’t be able to use Apple Pay, even with the software update.

Consumers aren’t likely to abandon plastic credit cards until a majority of retailers, especially smaller merchants, accept contactless payments such as Apple Pay. But Apple Pay may spur transactions over mobile Web browsers and apps this holiday season, since it lets consumers avoid typing in credit card information each time.

The new iPad Air 2 will be able to make browser transactions, but not payments at retail stores.

Apple says it will release tools next month so that developers can begin making apps for the upcoming Apple Watch wearable device.

Rival smartwatches running Android have suffered from not having many useful apps from the start. Apple is hoping to have a strong app store in place when Apple Watch debuts next year.