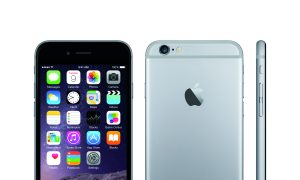 Apple typically refreshes its iPhone brand with new models every year, and this year is expected to be no different. Apple is expected to launch the successor to the iPhone 6, the 6S, this Fall. Once the 6S gets released, the next big release will be the iPhone 7.

If past releases are any indicator, Apple will release the iPhone 6S this September, and the iPhone 7 next September (2016).

The iPhone 6S and the iPhone 7 should bring significant changes over the current versions of Apple’s flagship smartphone. BGR notes that the iPhone 7 could bring a much thinner and flatter model, while the New York Post states that the new model could lose its long-standing home button and fewer hardware features in order to make the device thinner and smaller.

When the new iPhone comes out, also expect better integration with the newly launched Apple Watch. Apple can also be expected to improve its additional offerings surrounding the iPhone, such as the recently launched Apple Music, which features streaming music for a monthly subscription, as well as iTunes and App Store, which enable the user to purchase multimedia and mobile apps from Apple through a variety of third-party publishers.

The iPhone remains Apple’s cash cow, and has propelled the hardware giant to record growth over the past few years, enabling it to book close to $183 billion in revenue and $54 billion in income in 2014. The company also recorded $58 billion in the first quarter of 2015, where it sold 61 million iPhones, 12 million iPads and 4.6 million Macs.

New models of the iPhone typically cause a jump in iPhone sales, and the iPhone 7 and iPhone 6S launches should be no exceptions as Apple users look to upgrade their older phones to the latest models.