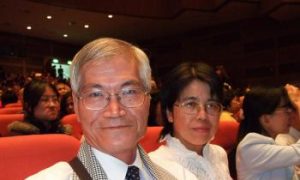 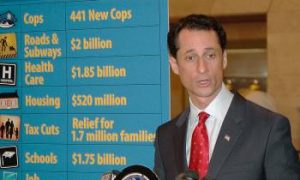 By David Skoumbourdis
Print
Apple’s Chief Operating Officer Tim Cook says there isn’t much in the way of competition for the company’s flagship tablet iPad.

In a conference call with media on Tuesday Jan 18., Cook responded to analysts regarding Apple’s recent quarterly earnings announcement, critical of competing Windows and Android based tablet devices.

“The ones that are using Windows-based operating system are generally fairly big and heavy and expensive, they have very weak battery life, they require a keyboard or a stylus as an input device,” Cook said.

“And you know from our point of view and what we’ve seen, customers are frankly not interested in them.”

When discussing tablets running Google’s Android operating system, Cook said that he felt they didn’t provide “a real tablet experience,” due to it being designed for the Smartphone market.

“And so basically you wind up with kind of a scaled-up Smartphone, which is a bizarre product, in our view,” he said.

Cook was equally dismissive of devices based on Google’s next generation Android operating system announced at the 2011 Consumer Electronics Show referring to them as “vapor,” due to the lack of announced hardware specifications and pricing.